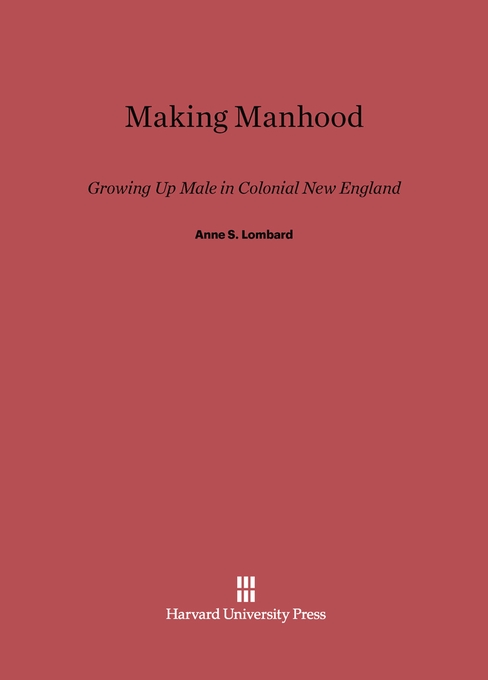 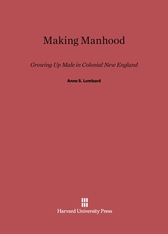 “In this beautifully written book, Anne Lombard follows the subtle shifts in emphasis and value that shaped the modern construction of manhood from its Puritan New England foundation.”—Joyce Appleby, author of Inheriting the Revolution: The First Generation of Americans

“Lombard opens up new vistas on how white Americans took the measure of men from the 1680s through the Revolutionary period. This is an eminently readable book, full of debt comparisons with our comtemporary preoccupations with masculinity.”—Cornelia Hughes Dayton, author of Women Before the Bar: Gender, Law, and Society in Connecticut, 1639–1789

“Making Manhood is a lovely, informed, thoughtful reflection on the changing nature of masculinity in New England across its first three centuries. Lombard combines Erik Erickson’s clarity of thought about human relationships with John Demos’ spirit of calm enquiry. Gender history has finally reached its promise of maturity.”—Kenneth A. Lockbridge, author of On the Sources of Patriarchal Rage

“Anne Lombard demonstrates that manliness was a role that could be achieved only by a mature, well-ordered personality who had attained a degree of independence and was practiced in controlling youthful impulses. Making Manhood is a deeply textured and beautifully written study that brings history to bear on modern debates about becoming and being a man.”—Regina Morantz-Sanchez, author of Conduct Unbecoming a Woman: Medicine on Trial in Turn-of-the-Century Brooklyn

“By distinguishing manhood from masculinity and arguing that New England partriarchs possessed an identity as men that was not only gendered but generational, Making Manhood marks a serious advance in our understanding of family history. This book should turn heads.”—Daniel Vickers, author of Farmers and Fisherman: Two Centuries of Work in Essex County, Massachusetts, 1630–1850