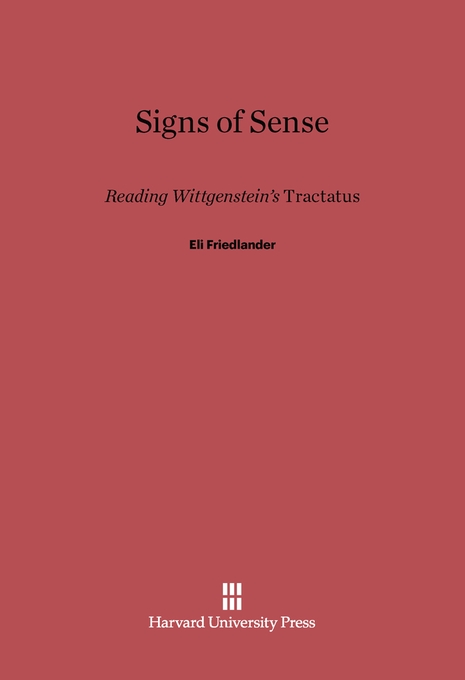 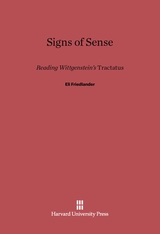 This work seeks to shed light on one of the most enigmatic masterpieces of twentieth-century thought. At the heart of Eli Friedlander’s interpretation is the internal relation between the logical and the ethical in the Tractatus, a relation that emerges in the work of drawing the limits of language.

To show how the Tractatus, far from separating the ethical and the logical into distinct domains, instead brings out their essential affinity, Friedlander focuses on Wittgenstein’s use of the term “form,” particularly his characterization of the form of objects. In this reading, the concept of form points to a threefold distinction in the text among the problematics of facts, objects, and the world. Most important, it provides a key to understanding how Wittgenstein’s work opens a perspective on the world through the recognition of the form of objects rather than through the grasping of facts—thus revealing the dimensions of subjectivity involved in having a world, or in assuming that form of experience apart from systematic logic.

Bearing on the question of the divide between analytic and Continental philosophy, this interpretation views Wittgenstein’s work as a possible mediation between these two central philosophical traditions of the modern age. It will interest Wittgenstein scholars as well as anyone concerned with twentieth-century philosophy.