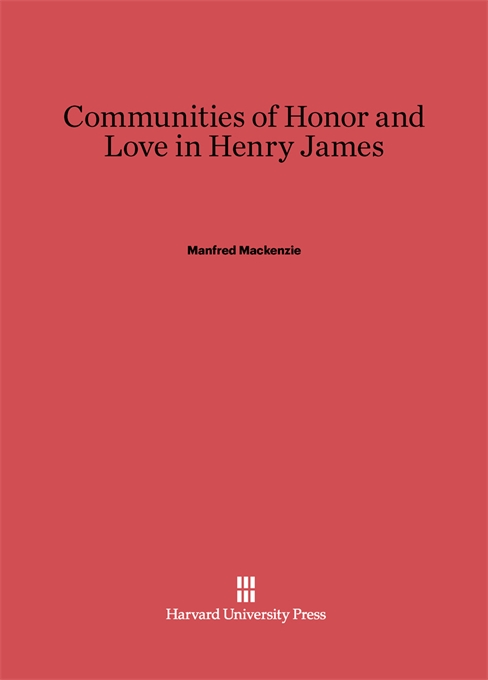 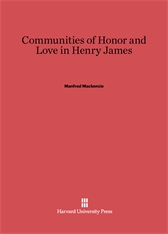 Communities of Honor and Love in Henry James

Here is a study of the essential Henry James, a study that delineates the development of his imagination, not in a strictly chronological way but by isolating patterns that can be applied to his work as a whole. Manfred Mackenzie analyzes James’s social imagination, examining the kind of society and social structure he tended to portray and the motivations of his characters.

The experience of exposure, the author argues, is met with everywhere in James: identity and honor sought, won, or lost. Secrecy, or the use of secrecy in conspiracy, is a reaction to exposure, and cabal and conspiracy are consistently an element in the protagonists’ quests. As James matured, however, he seemed to realize that identity and honor are ambiguous, and ultimately dehumanizing; a different set of values was needed. Mackenzie argues that a final plane of experience steadily emerges in James’s work, that of love as manifested in the capacity to sacrifice identity and honor.