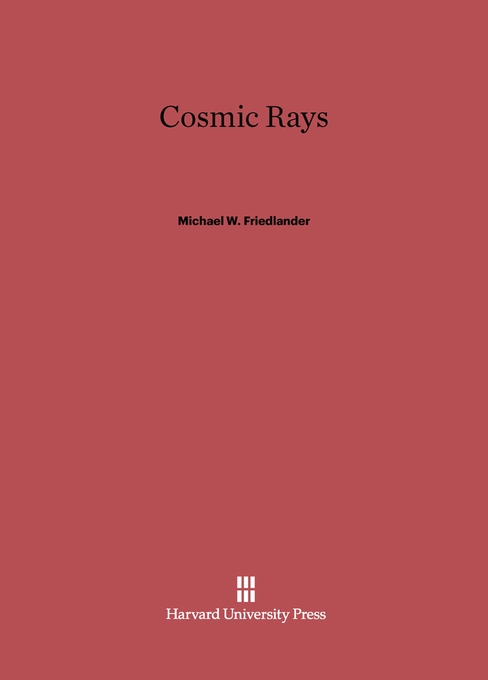 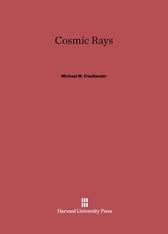 Day in and day out, cosmic rays from the far reaches of space pass through our bodies, yet modern astrophysics has still to unlock all their secrets. Though many details about cosmic rays remain enigmatic, next to electromagnetic radiation they convey more information about the universe beyond the solar system than any other source. They provide us with information about energetic explosions elsewhere in our galaxy and perhaps beyond, and they tell us a great deal about the contents of our own galaxy, through which they pass in reaching us. Illustrating the beautiful symmetry of nature, they shed light on the tiny dimensions of atomic nuclei as well as the immense scale of galaxies.

Michael Friedlander’s engaging tale of this peculiar rain of charged particles begins with their discovery early in this century and goes on to describe impressive attempts by a special breed of scientists—sometimes engaging in swashbuckling science at its most adventurous—to fill in the gaps in our knowledge. The central question is: Where do cosmic rays come from? Some scientists maintain that supernovas, much more massive than our sun, are largely responsible for generating them. Most of them probably originate within our Milky Way galaxy, but a few (the most energetic ones) appear to come from a much greater distance. But we still have much to learn about their origin.

The book describes scientists studying cosmic rays by all sorts of methods: satellites, space probes, high-altitude balloons and airplanes—even giant detectors two miles beneath the earth’s surface. Their ingenious investigations have yielded startling insights about nature—as well as an inordinately large number of Nobel Prizes. Friedlander, for many years a principal researcher of cosmic radiation, masterfully portrays how a perfect marriage between pure and applied science has forged new understandings of our physical world. This uncommonly lucid history, richly illustrated with more than 50 drawings and photographs, touches the astronomer within each of us who yearns to explore one of the great mysteries of the universe.