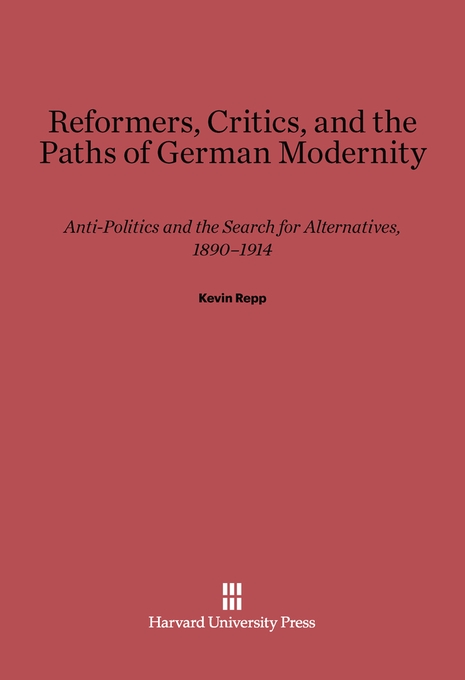 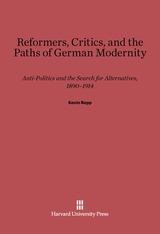 Reformers, Critics, and the Paths of German Modernity

“Modernity” was an inescapable fact of life for the first generation to come of age in the German Empire. Even the most extreme political opponents saw the chaotic transformation of all spheres of life in the wake of industrial capitalism as the central problem facing young men and women at the fin de siècle. This fresh look at Wilhelmine perceptions of modernity challenges both the traditional emphasis on anti-modernism as a peculiarly German response that led to the rise of National Socialism, and the more recent post-Foucauldian studies on the “pathologies of modernity,” which point instead to an unreflective faith in science and efficiency on the part of German progressives. Shifting the focus away from radical extremes on either side, Kevin Repp explores the more moderate agendas of hundreds of mainstream intellectuals and activists from diverse social backgrounds who sought to surmount the human costs of industrialization without relinquishing its positive potential.

Repp combines detailed case studies of Adolf Damaschke, Gertrud Bäumer, and Werner Sombart with an innovative prosopography of their milieu to show how leading reformers enlisted familiar tropes of popular nationalism, eugenics, and cultural pessimism in formulating pragmatic solutions that would be at once modern and humane. Easily obscured by radical voices on right and left, this quiet search for alternatives nevertheless succeeded in building a nationwide network of educational centers, associative ties, and institutions that substantially altered the landscape of Wilhelmine political culture in the decades before the First World War.