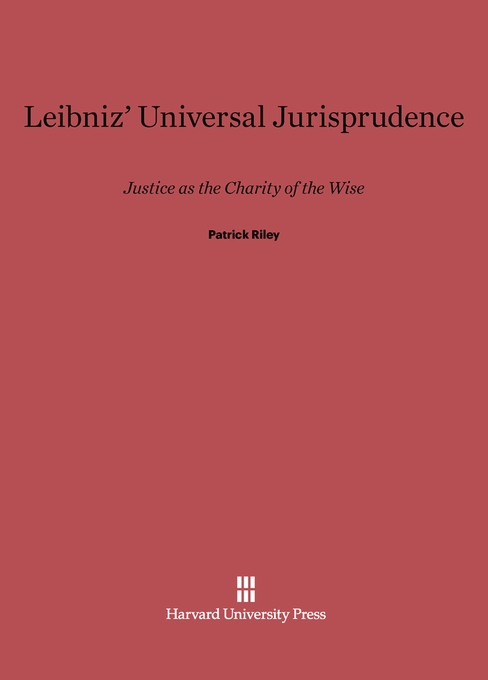 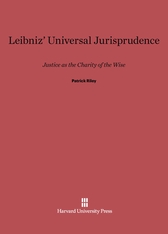 Justice as the Charity of the Wise

Although Leibniz is universally regarded as the greatest German philosopher before Kant, his work as a political and moral philosopher is almost entirely neglected in the English-speaking world, where he is seen chiefly as a metaphysician, mathematical logician, and co-discoverer of calculus. Yet Leibniz’ doctoral degree was in law and jurisprudence, and he served throughout his life as a judge and a diplomat; he was a valued political-legal adviser to Czar Peter the Great, to the King of Prussia in Berlin, and to the Holy Roman Emperor in Vienna. Patrick Riley recovers this crucial part of Leibniz’ thought and activity.

For the first time—as we celebrate the 350th anniversary of Leibniz’ birth—his political, moral, and legal thought are extensively discussed here in English. The text includes fragments of his work that have never before been translated. Riley shows that “justice as wise charity” has at least as much claim to be taken seriously as the familiar contractarian ideas of Hobbes and Locke. Since Leibniz was the greatest Platonist of early modernity, Riley argues, his version of Platonic idealism serves as the bridge from Plato himself to the greatest modern “critical” idealist, Kant. With Leibniz’ Universal Jurisprudence we now have a fuller picture of one of the greatest general thinkers of the seventeenth century.