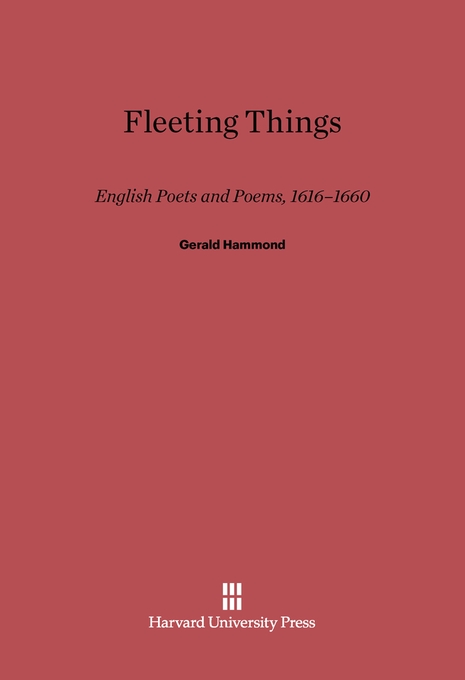 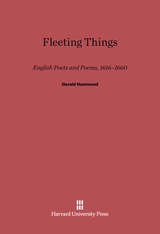 Distinguished by its unconventional approach and extraordinary range, this beautifully written book offers new insights into the works—and times—of poets writing between the death of Shakespeare and the execution of Charles I. Well over a hundred original readings provide illuminating discussions of the “canonical” poets such as Milton, Herbert, and Jonson, as well as enlightening reevaluations of many “minor” poets, including Herrick, Waller, and Lovelace. The discussion is organized around five themes: Counselors and Kings, Poets, Life and Death, The Commonwealth, and Men and Women. This organization allows Gerald Hammond to use shared references and images in the works to reveal previously unsuspected connections between poems of very different schools, and to illustrate in considerable depth how seventeenth-century poetry reflects the political, social, religious, and sexual experience of the uncertain pre-Restoration years. The book has a subtle, almost musical structure; each chapter quietly picks up the threads of discussion in previous chapters. The result is a seamlessly woven narrative that guides the reader lightly, never intruding on the reading of the poetry itself.

Seventeenth-century poets betray a reluctance to separate life from art; many of their poems are about apparently trivial or unfamiliar things—the “fleeting things” of the title. Hammond has used his rare knowledge of the period to unlock images and references that have previously been overlooked or misunderstood, creating a fresh view of the poetry—and poets—of this fascinating period.