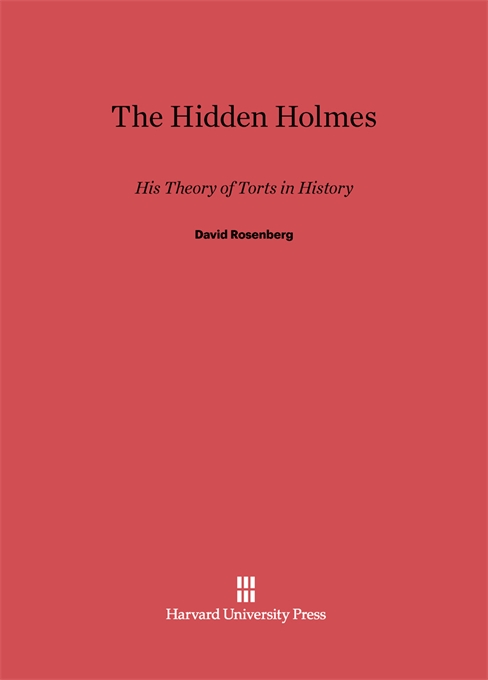 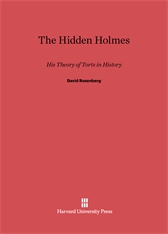 His Theory of Torts in History

This bold book challenges a contemporary consensus on the titanic figure of Oliver Wendell Holmes. Holmes is the acknowledged source of twentieth-century tort law, but David Rosenberg takes sharp issue with the current portrayal of Holmes as a legal formalist in torts who opposed the notion of strict liability and dogmatically advocated a universal rule of negligence, primarily to subsidize industrial development. Marshaling the evidence found in Holmes’ classic The Common Law and other writings, the author reveals that the opposite was the case, and, in the process, raises troubling questions about the present state of legal scholarship.

It was Holmes who founded the modern conception and justification of strict liability. He envisioned an expansive role for strict liability to augment the negligence rule in preventing and redressing injury from industrial activity. This recovery of Holmes’ theory of torts provides new insights into the nature of the jurisprudence that launched the American legal realist movement, and also overturns standard interpretations of the history of tort law.

Rejecting the prevailing view that either strict liability or negligence reigned exclusively, Holmes and his contemporaries reconciled the existence of both rules, and advocated reforms of tort law to protect society from the unprecedented hazards of industrial life. The parallel drawn by the book between their response and ours in grappling with the novel problem of mass torts confirms Holmes’ belief in the adaptive genius of the common law.