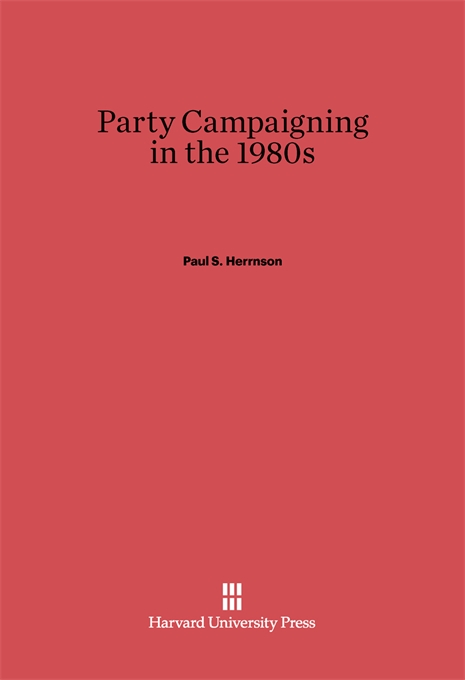 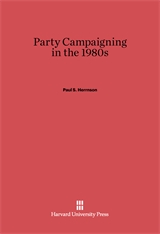 Party Campaigning in the 1980s

Are American political parties on the way out? Political action committees (PACs) currently compete with parties for influence over candidates and voters; persuading a more independent and volatile electorate requires new tactics; technological innovations afford more sophisticated means to appeal for support. Many political observers express doubts about the ability of political parties to adapt to these changes and to survive, but Paul Herrnson instead suggests their survival and resurgence in this balanced assessment of party activities in congressional elections.

Drawing on extensive interviews and survey data collected from nearly five hundred recent House and Senate candidates, campaign advisers, party officials, PAC executives, and journalists, Herrnson evaluates the roles of the national parties. He finds that from the perspective of party executives, they provide important campaign services and function as the key brokers between candidates, PACs, and other campaigners. For PAC officials, the national parties serve as important sources of strategic campaign information and cues for decision-making. For the candidates themselves, their parties function as appendages and accessories to their own campaign organizations.

Herrnson provides rich detail on party development and party campaign activity to predict the future of congressional elections and of the party-in-government and the party-in-the-electorate. Political practitioners as well as scholars will welcome this fresh, new contribution to a significant political controversy.