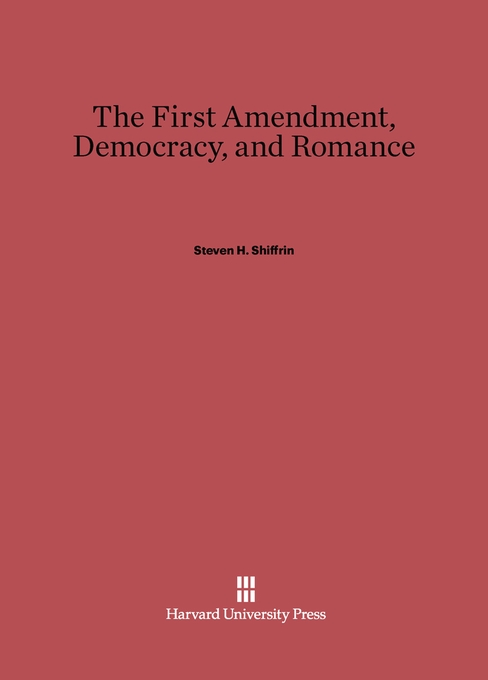 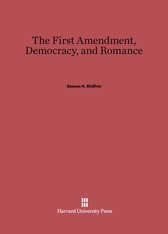 The First Amendment, Democracy, and Romance

Ralph Waldo Emerson celebrated the individualism, rebelliousness, anti-authoritarianism, and the spirit of nonconformity within all of us. In The First Amendment, Democracy, and Romance, Steven Shiffrin argues that romantics like Emerson have more to teach us about freedom of speech and democracy than does Justice Oliver Wendell Holmes: if the first amendment is to have a single organizing symbol, let it be the image of the dissenter. A major purpose of the first amendment, says Shiffrin, is to protect those who would break out of orthodox forms.

Although the Emersonian ideal of freedom of speech has deep roots in the nation’s culture, it has been subtly denigrated in recent first-amendment theory and seriously abused in practice. Yet Shiffrin believes that the first amendment can provide a sensible accommodation among a host of conflicting values in a changing world, and can also stand as a national symbol—in short, it can allow for both social construction and romance.

Blending insights from literature, philosophy, political science, history, rhetoric, and law, Shiffrin maintains that the romantic tradition sheds light not only on a range of free-speech issues, such as libel, flag burning, and the commercialization of the mass media, but also on subjects of broader theoretical controversy, including liberalism, pragmatism, and the republican revival. In addition to its original approach to the law, this book brings new observations and fresh insights to its discussions of the role of the first amendment in American culture. It will interest a general audience as well as lawyers, journalists, and scholars in a variety of academic fields.