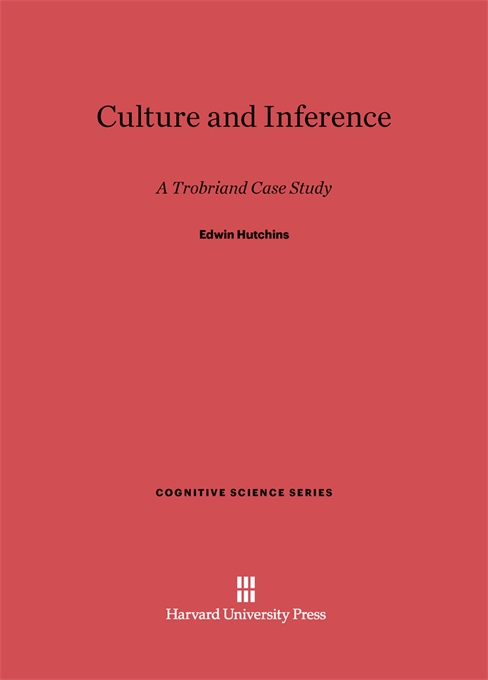 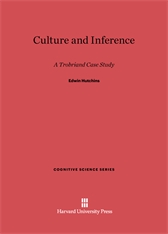 This book takes a major step in psychological anthropology by applying new analytic tools from cognitive science to one of the oldest and most vexing anthropological problems: the nature of “primitive” thought.

For a decade or more there has been broad agreement within anthropology that culture might be usefully viewed as a system of tacit rules that constrain the meaningful interpretation of events and serve as a guide to action. However, no one has made a serious attempt to write a cultural grammar that would make such rules explicit. In Culture and Inference Edwin Hutchins makes just such an attempt for one enormously instructive case, the Trobriand Islanders’ system of land tenure.

Using the propositional network notation developed by Rumeihart and Norman, Hutchins describes native knowledge about land tenure as a set of twelve propositions. Inferences are derived from these propositions by a set of transfer formulas that govern the way in which static knowledge about land tenure can be applied to new disputes. After deriving this descriptive system by extensive observation of the Trobrianders’ land courts and by interrogation of litigants, Hutchins provides a test of his grammar by showing how it can be used to simulate decisions in new cases.

What is most interesting about these simulations, generally, is that they require all the same logical operations that arise from a careful analysis of Western thought. Looking closely at “primitive” inference in a natural situation, Hutchins finds that Trobriand reasoning is no more primitive than our own.