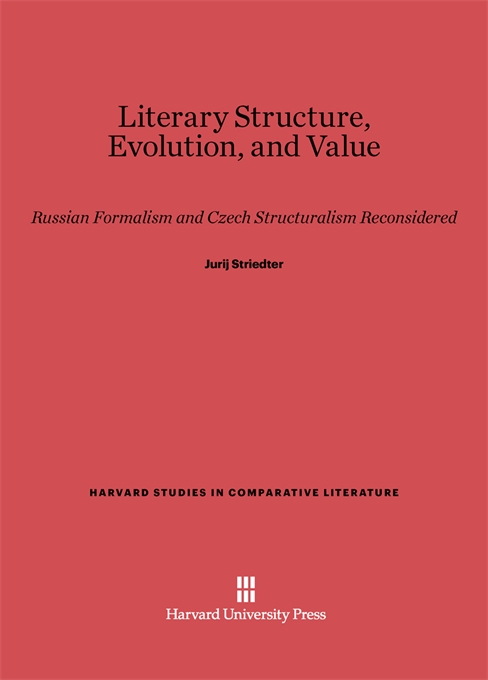 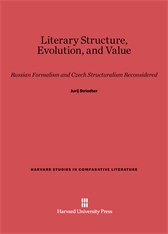 Jurij Striedter provides a dynamic introduction to and critique of Russian Formalism and Czech Structuralism. He makes clear the pathbreaking contribution of these European schools to modern literary theory and criticism, placing them in their contemporary contexts and at the same time relating them to ongoing debates in America.

Striedter gives an authoritative account of the development of Russian Formalism from its birth around 1915 through its forced end in the late 1920s, focusing on the contributions of Roman Jakobson, Mikhail Bakhtin, and others to the theory and analysis of literary history, literary genres and narrative prose. He compares the concepts of the literary work, literature as system, and literary evolution in both Russian Formalism and Czech Structuralism to show how these early formalistic approaches led to an elaborated structuralist and semiotic concept of literature as a historically changing system correlated to society and cultural change. He sets forth the work of Jan Mukarovsky and Felix Vodicka, whose Czech Structuralist theory of literary evolution and literary reception (or reader response) anticipated much recent theorizing.

Finally, Striedter brings these ideas into play by showing how they can contribute to the debate of the last few years in North America and Europe about the key issue of literary evaluation. This book and the theories it discusses challenge our contemporary understanding of literature, its history, and its functions in society and human life.