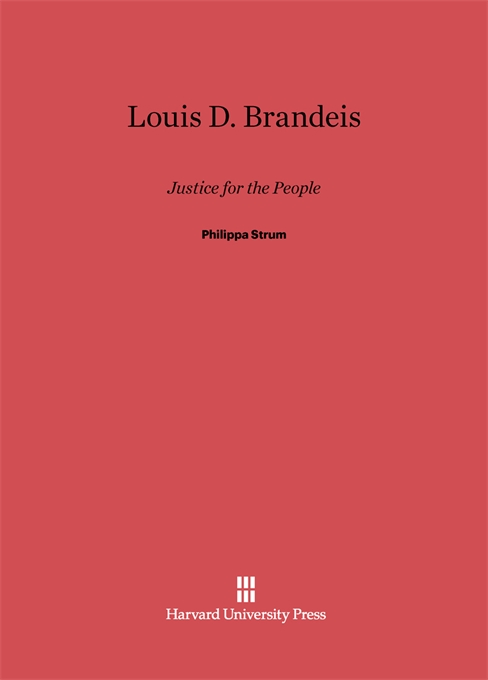 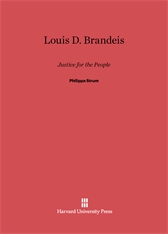 Justice for the People

Louis D. Brandeis (1856–1941) played a role in almost every important social and economic movement during his long life: trade unionism, trust busting, progressivism, woman suffrage, scientific management, expansion of civil liberties, hours, wages, and unemployment legislation, Wilson’s New Freedom, Roosevelt’s New Deal. He invented savings bank life insurance and the preferential union shop, became known as the “People’s Attorney,” and altered American jurisprudence as a lawyer and Supreme Court judge. Brandeis led American Zionism from 1914 through 1921 and again from 1930 until his death. He earned over two million dollars practicing law between 1878 and 1916 and used his wealth to foster public causes. He was adviser to leaders from Robert La Follette to Frances Perkins, William McAdoo to Franklin Roosevelt, Woodrow Wilson to Harry Truman.

This lively account of Brandeis’s life and legacy, based on ten years of research in sources not available to previous biographers, reveals much that is new and gives fuller context to personal and historical events. The most significant revelations have to do with his intellectual development. That Brandeis opposed political and economic “bigness” and excessive concentration of wealth is well known. What was not known prior to Philippa Strum’s research is how far Brandeis carried his beliefs, becoming committed to the goals of worker participation—the sharing of profits and decision making by workers in “manageable”-sized firms. So it happened that the man who was sometimes dismissed as an outmoded horse-and-buggy liberal championed a cause too radical even for the New Deal braintrusters who were quick to follow his advice in other areas.

Strum charts Brandeis’s development as a kind of industrial-era Jeffersonian deeply influenced by the classical ideals of Periclean Athens. She shows that this was the source not only of his vision of a democracy based on a human-scaled polis, but also of his sudden emergence, in his late fifties, as the leading American Zionist: he had come to regard Palestine as the locus of a new Athens. And later, on the Supreme Court, this Athenian conception of human potential took justice Brandeis beyond even Justice Holmes in the determined use of judicial power to protect civil liberties and democracy in an industrialized society.