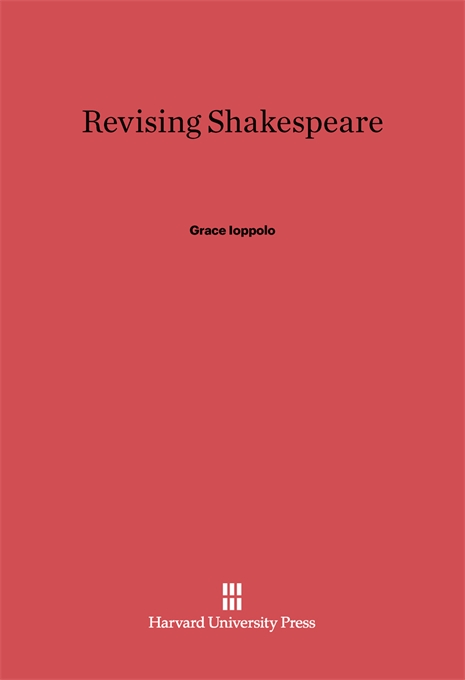 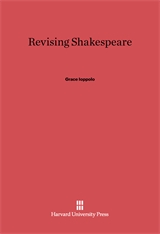 Every line of Shakespeare has been commented upon, revised, or deleted and reinstated many times over. His greatest contemporary, Ben Jonson, remarked that Shakespeare should have “blotted a thousand” lines himself; his greatest editor, Samuel Johnson, surveying the inability of previous editors to refrain from improving what they could not understand, attempted to restore Shakespeare’s works “to their integrity.”

In Revising Shakespeare Grace Ioppolo addresses the question of Shakespeare’s “integrity.” Through patient analysis of variant texts spanning the history of the plays, she arrives at a fresh interpretation of Shakespeare as author and reviser. Ioppolo starts where all of us—critics, teachers, textual scholars, and general readers—must start, with the physical text. As recent textual studies of King Lear have shown, the text of Shakespeare is not a given. The “text” is nearly always a revision of another text. Critics can no longer evaluate plots, structure, and themes, nor can scholars debate what constitutes (or how to establish) a copy-text that stands as the “most authoritative” version of a Shakespeare play, without reconsidering the implications of revision for traditional and modern interpretations.

Ioppolo examines the evidence provided by dramatic manuscripts and early printed texts of Shakespeare and his contemporaries. Gradually we see how a recognition of the diverse facts regarding authorial revision leads to basic changes in how we study, edit, and teach Shakespeare. Ioppolo places the textual revolution in a broad historical, theatrical, textual, and literary context, presenting textual studies that show Shakespeare and other Elizabethan and Jacobean dramatists at work revising themselves, their plays, and their audiences. She concludes that both textual and literary critics must now reevaluate and redefine the idea of the “text” as well as that of the “author”; the “text” is no longer editorially or theoretically composite or finite, but multiple and ever-revising. Perhaps most important, Ioppolo produces a new conception of Shakespeare as a creator and recreator, viewer and reviewer, writer and rewriter of his dramatic world.