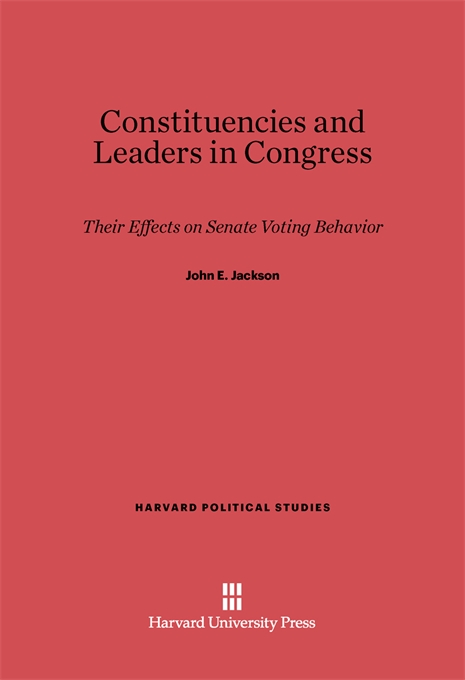 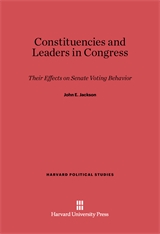 Constituencies and Leaders in Congress

Their Effects on Senate Voting Behavior

This study may be the most sophisticated statistical study of legislative voting now in print. John Jackson asks why legislators, especially U.S. senators, vote as they do. Are they influenced by their constituencies, party, committee leaders, the President? By taking a relatively short time span, the years 1961 to 1963, the author is able to give us answers far beyond any we have had before, and some rather surprising ones at that.

Constituencies played a different, but more important role in senators’ voting than earlier studies have shown. Senators appeared to be responding both to the opinion held by their constituents on different issues and to the intensity with which these opinions were held. On the interrelation of constituencies and party, Jackson finds that Republicans and southern Democrats were particularly influenced by their voters.

The clearest cases of leadership influence were among the non-southern members of the Democratic Party. Western Republicans, on the other hand, rejected the leadership of party members for that of committee leaders. Finally, on Presidential leadership, Jackson shows that John F. Kennedy influenced senators only during the first two years of his administration. All of these findings challenge conventional wisdom and are bound to influence future work in legislative behavior.