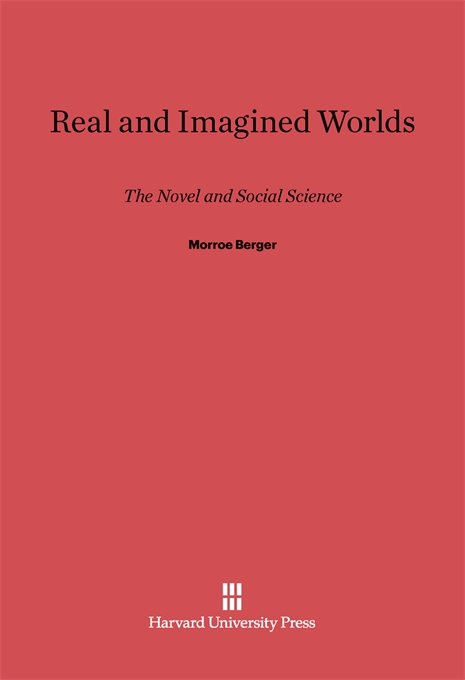 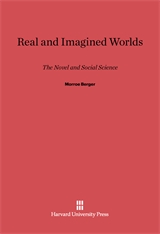 The Novel and Social Science

To show how the imagined world of the storyteller informs us about the real world of experience, a distinguished social scientist brings the perspective of his discipline to bear on two and a half centuries of fiction. Under his scrutiny, the novel reveals a wealth of insight into sociological, historical, and political phenomena. Morroe Berger illustrates his points with an extraordinary range of novels in Europe and America, from Defoe to Forster and Golding.

The interaction between the novel and social science started in the eighteenth century, when these two ways of examining human behavior and social life achieved their modern form. Writers of fiction broadened their outlook to take in social class and touched upon other issues that are still very much alive, such as individualism, marriage, and the status of women. The novelist, Berger makes clear, is no intruder among historians and social scientists, but rather has been focusing on the same landscape through a different lens. Berger demonstrates that the novel has enriched our understanding of political power, class, law, cultural conflict, and interpersonal relations. He compares Fielding’s fiction with Mandeville’s essays in the eighteenth century, and Silone’s novels of power and bureaucracy with social scientists’ treatments of these themes in the twentieth. He points out how such novels as Robinson Crusoe and Lord of the Flies amplify the theory of the social contract. And he examines the clash of cultures as portrayed in the novel of colonial life. Having affirmed the novel’s contribution to social science, Berger explodes its claims to offering a higher scientific truth—Balzac’s zoology and Zola’s experimental novel are cases in point—and reviews the long-standing dispute between science and literature exemplified in the writings of C. P. Snow.