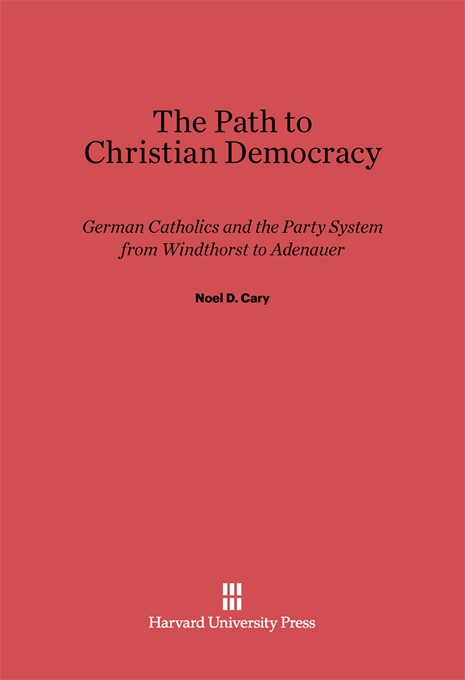 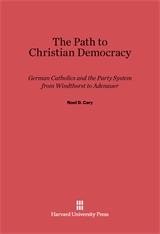 From the time of Bismarck’s great rival Ludwig Windthorst to that of the first post–World War II Chancellor, Konrad Adenauer, the Catholic community in Germany took a distinctive historical path. Although it was by no means free of authoritarian components, it was at times the most democratic pathway taken by organized political Catholicism anywhere in Europe.

Challenging those who seek continuity in German history primarily in terms of its long march toward Nazism, Noel Cary crosses all the usual historical turning points from mid-nineteenth- to late-twentieth-century German history in search of the indigenous origins of postwar German democracy. Complementing recent studies of German Social Democracy, it links the postwar party system to the partisan traditions this new system transcended by documenting the attempts by reform-minded members of the old Catholic Center party to break out of the constraints of minority-group politics and form a democratic political party. The failure of those efforts before 1933 helped clear the way for Nazism, but their success after 1945 in founding the interdenominational Christian Democratic Union (CDU) helped tame political conservatism and allowed the emergence of the most stable democracy in contemporary Europe. Integrating those who needed to be integrated—the cultural and political conservatives—into a durable liberal order, this conservative yet democratic and interdenominational “catch-all” party broadened democratic sensibilities and softened the effect of religious tensions on the German polity and party system.

By crossing traditional chronological divides and exploring the links between earlier abortive Catholic initiatives and the range of competing postwar visions of the new party system, this book moves Catholic Germany from the periphery to the heart of the issue of continuity in modern German history.