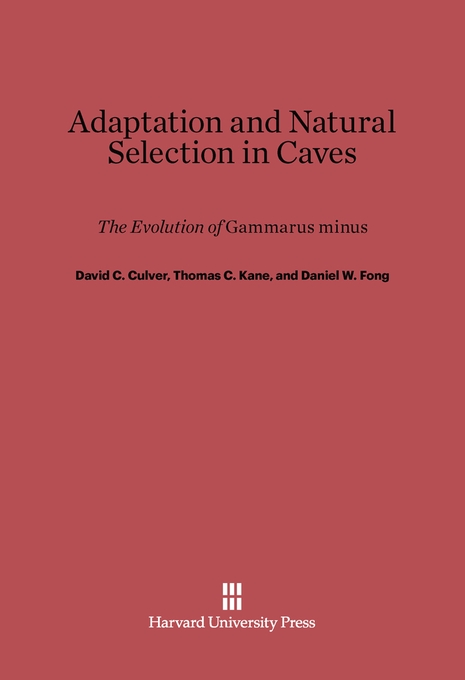 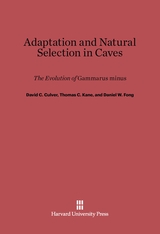 Adaptation and Natural Selection in Caves

The Evolution of Gammarus minus

The harsh environment of caves—dark, damp, sparse of food—is home to a variety of “bizarre” creatures. Biologists, for their part, often treat these delicate, colorless organisms having no eyes, or at least greatly reduced eyes, as mere oddities with little to tell us about a topic as grand as evolution. Focusing on one cave-dwelling crustacean, Gammarus minus, this book shows that, to the contrary, cave life can provide a valuable empirical model for the study of evolution, particularly adaptation.

Authors David Culver, Thomas Kane, and Daniel Fong marshal many years of extensive research into the genetics, ecology, morphology, and systematics of Gammarus minus. They explain how these biological factors have been shaped by physical constraints, such as the structure and development of caves and karst terrains, groundwater hydrology, and drainage basin patterns. Their work reveals the advantages of caves for studying natural selection: the highly simplified habitats found underground serve as a natural laboratory for the evolutionary biologist, and the distinctive morphological features of cave fauna provide a wealth of data on evolutionary history and natural selection.

A detailed evolutionary study of a single organism in a particular environment, this book advances Gammarus minus as a paradigm for cave colonization and adaptation, and as a general case study of the role of natural selection and adaptation in evolution.