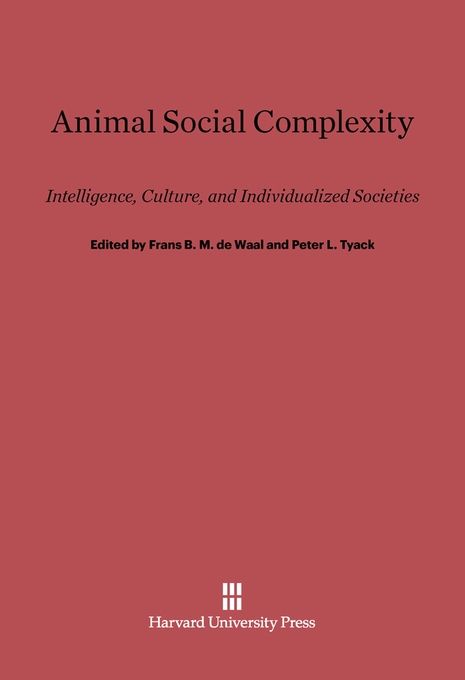 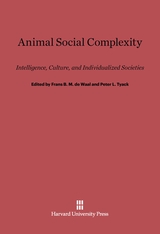 For over 25 years, primatologists have speculated that intelligence, at least in monkeys and apes, evolved as an adaptation to the complicated social milieu of hard-won friendships and bitterly contested rivalries. Yet the Balkanization of animal research has prevented us from studying the same problem in other large-brained, long-lived animals, such as hyenas and elephants, bats and sperm whales. Social complexity turns out to be widespread indeed. For example, in many animal societies one individual’s innovation, such as tool use or a hunting technique, may spread within the group, thus creating a distinct culture. As this collection of studies on a wide range of species shows, animals develop a great variety of traditions, which in turn affect fitness and survival.

The editors argue that future research into complex animal societies and intelligence will change the perception of animals as gene machines, programmed to act in particular ways and perhaps elevate them to a status much closer to our own. At a time when humans are perceived more biologically than ever before, and animals as more cultural, are we about to witness the dawn of a truly unified social science, one with a distinctly cross-specific perspective?