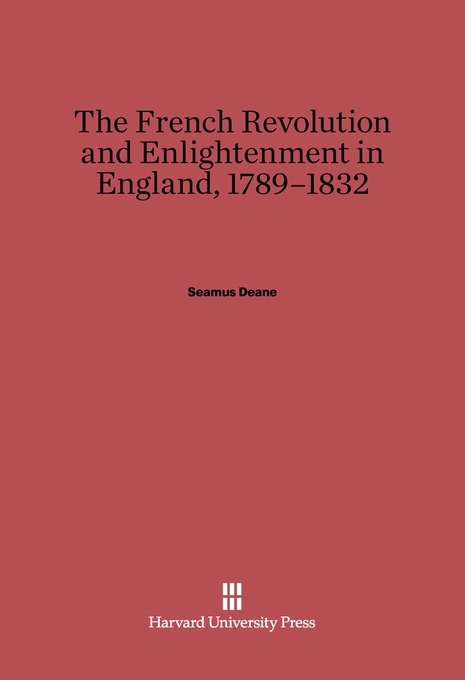 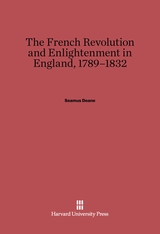 The French Revolution and Enlightenment in England, 1789–1832

In the English response to the increasingly bloody French Revolution, Seamus Deane finds a new perspective on English political thought as well as a striking indication of the sharpening of national consciousness. Ranging widely among the major and lesser thinkers of the period, he has produced a complex picture of cultural affinity and national hostility. The group dominated by Edmund Burke, which included Southey, Wordsworth, and Carlyle, viewed the Revolution as the culmination of a great conspiracy, led by intellectuals, to overthrow all that was sacred and traditional. The radical group, led by Godwin, Shelley, and Hazlitt, welcomed the Revolution but were perturbed by its excesses.

The English debate about the French Revolution tended to focus on the specifically French characteristics that made it what it was, in sharp contrast to the culture and experience that produced the relatively peaceful English revolution of 1688. To see the Revolution as an essentially French phenomenon allowed it to be understood as alien to English circumstances and inclinations. This permitted the English to deny that its basic doctrines had any claim to universality and also led to an enhanced definition of the English national character. In his analysis of major writers, popular political novelists, and pamphleteers, Deane interprets the intellectual indebtedness of individual English writers to their French counterparts, reflects on the power of the written word to influence events, and dissects polemical styles and language. His book constitutes an important chapter of English intellectual history.