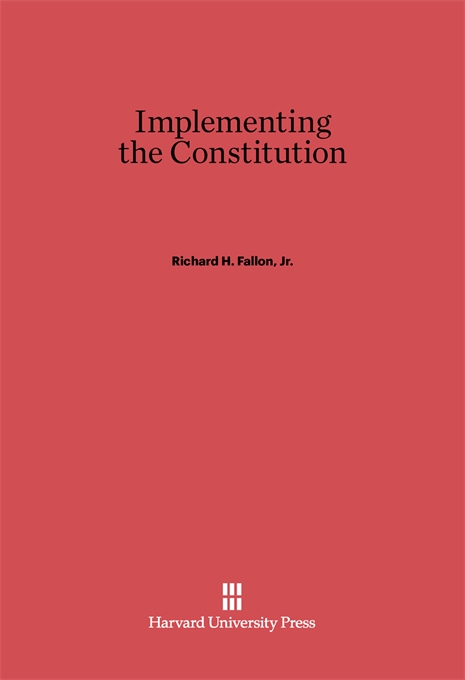 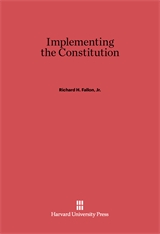 This book argues that the Supreme Court performs two functions. The first is to identify the Constitution’s idealized “meaning.” The second is to develop tests and doctrines to realize that meaning in practice. Bridging the gap between the two—implementing the Constitution—requires moral vision, but also practical wisdom and common sense, ingenuity, and occasionally a willingness to make compromises.

In emphasizing the Court’s responsibility to make practical judgments, Implementing the Constitution takes issue with the two positions that have dominated recent debates about the Court’s proper role. Constitutional “originalists” maintain that the Court’s essential function is to identify the “original understanding” of constitutional language and then apply it deductively to current problems. This position is both unwise and unworkable, the book argues. It also critiques well-known accounts according to which the Court is concerned almost exclusively with matters of moral and constitutional principle.