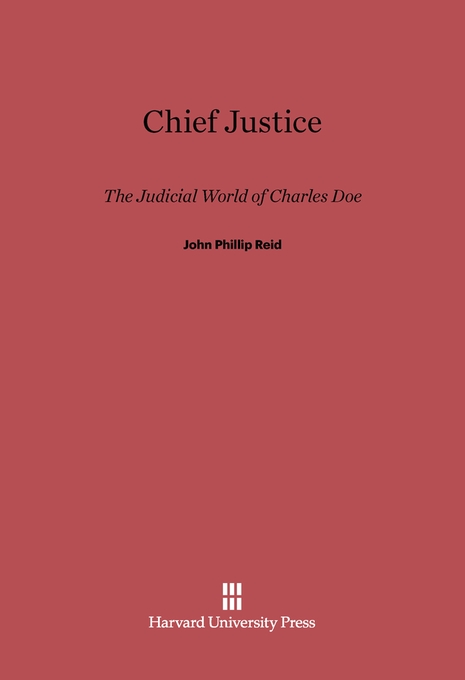 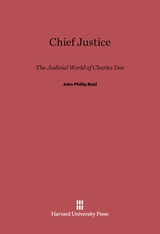 The Judicial World of Charles Doe

Roscoe Pound has called Charles Doe (1830-1896) one of the ten greatest jurists in American history, the “one judge upon the bench of a state court who stands out as a builder of the law since the Civil War.” This is the first booklength biography of Chief Justice Doe, and as an examination of the constitutional and jurisprudential theories of a state judge it is probably unique.

Known for his aversion to formal courtroom procedure and for his singular methods of conducting jury trials and appellate sessions, Charles Doe served as Associate Justice of the New Hampshire Supreme Judicial Court from 1859 to 1874, and as Chief Justice of New Hampshire from 1876 to 1896. In his thirty-five years on the bench, Doe was responsible for a number of innovations in judicial practice. He devoted himself to reforming the rules of construction, his “newmodelling” of writs revolutionized civil procedure, and his solution to the question of criminal insanity was so advanced that it has not yet been superseded, or even approached, in many states. Perhaps it is in Doe’s discussions of torts, where he expounded tenets in opposition to those held by Oliver Wendell Holmes, that one may find the most interesting insight into Doe’s view of the law. By redefining and re-emphasizing the distinction between matters of law and questions of fact, Chief Justice Doe demonstrated that an original mind working with familiar legal concepts could depart from traditional doctrine while at the same time maintaining the continuity and essential integrity of Anglo-American common law.