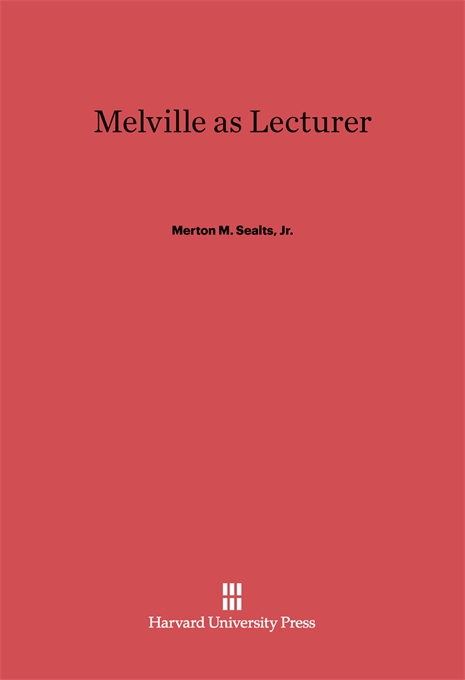 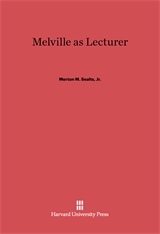 In the autumn of 1857 Herman Melville left his desk in Pittsfield to begin a new venture as a traveling lecturer. Melville as Lecturer is based primarily upon the fifty-four newspaper reports of Melville’s various lecture engagements.

In the absence of manuscripts of the lectures themselves, presumably destroyed by Melville when he abandoned lecturing in 1860, Merton Sealts has provided an illuminating reconstruction of the original texts through collation of the newspaper articles. Melville’s lectures, though of minor literary importance in themselves, are seen here as constituting a bridge between his earlier fiction and his later works. In them recur the familiar theme of travel and the sharp-eyed social criticism well-known to his readers since Typee. Found also are reflections on art and civilization that anticipate Clarel, and there are other signs which point to Billy Budd.

These newspaper reviews, properly interpreted, furnish a basis for reconsideration of Melville’s place in his time, and also they bring out striking regional differences in public taste which will appeal to many persons of wide historical and cultural interests.