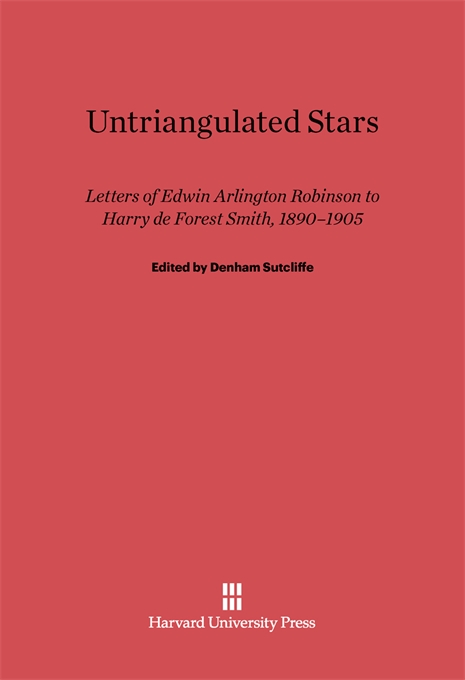 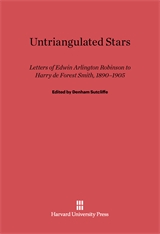 When Edwin Arlington Robinson died in the spring of 1935, he was called America’s most distinguished poet. Yet few men of his eminence were so little known as persons. Even his few intimates knew little about the struggles that had elevated him from lonesome obscurity to late fame. They were struggles which would have ended in the defeat of a weaker man, but from which Robinson distilled the hard-won idealism that makes his poetry memorable: “Something wiser than hatred and something better than despair.”

Nevertheless, during ten years, from 1890 to 1900 (and once again in 1905), Robinson gave to Harry Smith such fullness of confidence as native reticence allows. He was not, during those years America’s most honored poet, winner of Pulitzer prizes, a member of the National Academy of Arts and Letters. He was a miserable young man whose poems no one cared to buy. In that misery, he was discovering the major ideas and themes to which he would give expression during a lifetime of unremitting labor. And in these letters, he reveals the growth of one of the most sensitive and courageous minds in the history of American literature.

This is the first major collection of Robinson’s early letters. None of them has hitherto appeared in print. The background of the letters shifts from the small-town life of Gardiner, Maine, to the brief attendance at Harvard (the great experience of Robinson’s young manhood) and back to exile in Gardiner; Robinson’s wide reading in the classics and in American, English, and French literature forms the foreground; and the focus of the picture is the development of a struggling human soul.