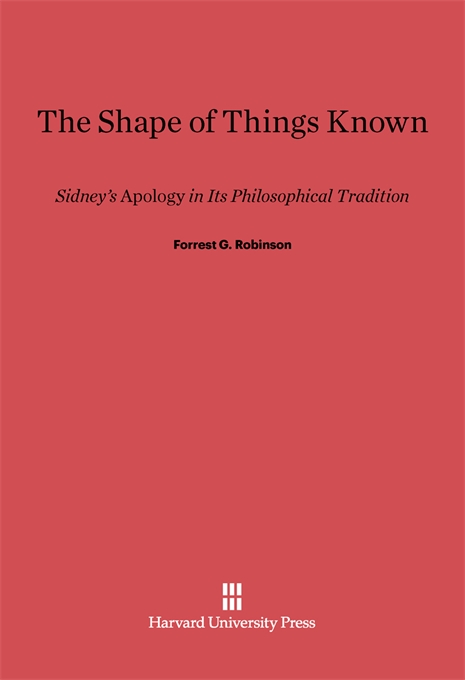 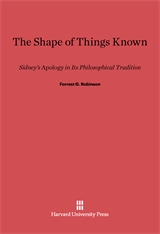 The Shape of Things Known

Sidney's Apology in Its Philosophical Tradition

Sidney’s habit of describing poetry by visual analogy—“a speaking picture,” “images of virtue”—has usually been understood to mean that poetry is a verbal rendering of concrete things. Forrest Robinson’s examination of Sidney’s background and his work, however, reveals that there is very little that is concrete in Sidney’s aesthetic. Indeed, the author maintains, by “picture” Sidney meant something abstract—and idea, a mental picture—surveyed by the poet as he writes his poem and by the reader as he reads it. In his analysis of Sidney’s basic premises about poetry, Robinson places Sidney’s ideas in the context of visual epistemology.