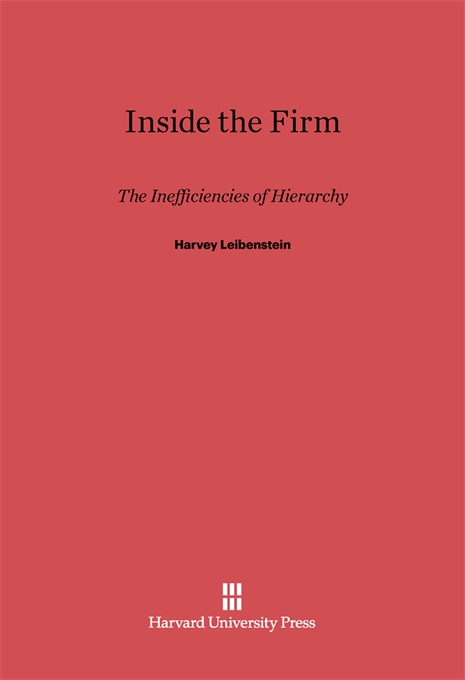 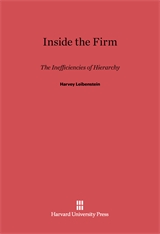 The Inefficiencies of Hierarchy

Why are most businesses less efficient than they could be? Why do two identical Ford plants in England and Germany, manufacturing identical cars, have vastly different rates of production? If the Japanese learned quality control from the Americans, why can’t American firms adopt the same techniques and perform as well?

Until now, such important questions have hardly been addressed, let alone answered. Harvey Leibenstein explores them in depth, using ideas and evidence from economics, game theory, psychology, and other disciplines. He observes that employees usually perform best when they work under a moderate amount of pressure—not too little and not too much. But this sort of balanced situation is rare, so most workers in low-pressure situations may shirk their tasks, while those in a stressful atmosphere may cave in. Although such low-pressure shirking behavior may be rational for the individual, it would be disastrous if adopted by everyone.

To avoid this state of affairs, Leibenstein argues, workers tacitly adopt conventions about proper degrees of effort. These standards, which frequently defy rational considerations, are largely governed by the history of the firm, the degree of hierarchy, and the nature of the competitive relationships within the firm. For example, in Japanese firms, where cooperation is highly valued, the implicitly agreed upon standards of work effort are higher than in Western firms, where competition between individuals and adversarial relations between hierarchical layers are frequently the norm. The Japanese worker is loyal to the company; jobs are normally rotated, and the employee can therefore assume a more flexible attitude knowing that if his current job is abolished, his position as a valued firm member does not change. In the United States, where skill is stressed and job boundaries are guarded, workers worry about job security and therefore agree to change only when catastrophe looms.

Leibenstein analyzes the structure and functioning of companies with multiple levels of hierarchy, pinpointing sources of inefficiency. He also examines the question of entrepreneurship. His new book will attract economists, organizational psychologists, and executives—all who are concerned with the competitiveness of the American economy.