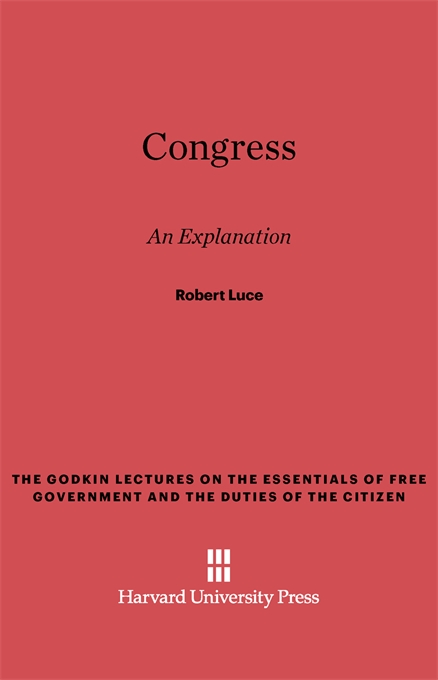 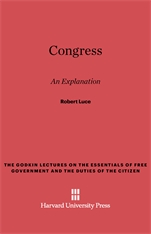 “One does not need to agree with all the conclusions of the author to find his book delightful reading, entertaining, informing, and for the most part convincing. It should be read by everyone who would be informed in regard to the legislative department of his government, and no one who thinks it his duty or finds it profitable to criticise Congress should do so without reading it, unless he wishes to lay himself open to the charge of preferring to criticise without knowledge.”—John Q. Tilson, Yale Law Journal

“He puts the American reading public in his debt since he conveys concisely the kind of information that is most frequently lacking in public comment upon the sins of omission and commission of which Congress is supposed to be guilty.”—Review of Reviews

“Written in good temper and based on an immense amount of first-hand knowledge. Congressman Luce’s little volume is an able defense as well as explanation of the working of Congress.”—Saturday Review

“Mr. Luce’s account of Congress is by all odds the best one to be found in so small a compass. He has treated most of the issues candidly and without bias.”—Springfield Republican

“The book is a valuable contribution to a better understanding of Congress on the part of all who read it. At least, one is brought by it to an intelligent sympathy with the difficulties and responsibilities and even the deficiencies of the august body.”—Zion’s Herald