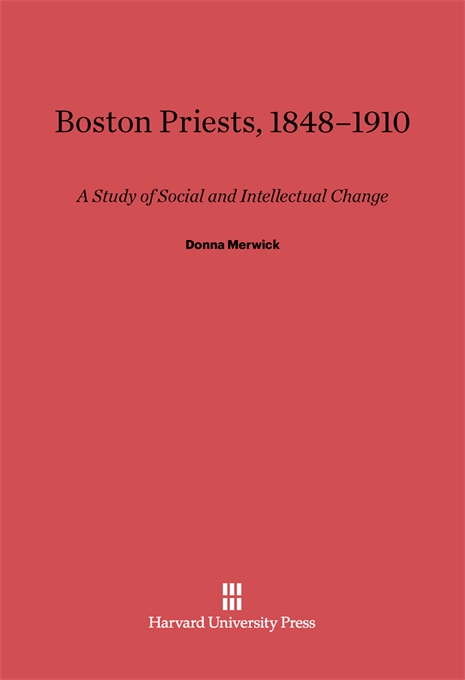 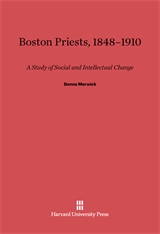 A Study of Social and Intellectual Change

Donna Merwick rejects the usual assumption that Boston Catholicism is, definitively, Irish Catholicism. In her penetrating study of three distinct generations of Boston priests in the late nineteenth century, the author shows that Irish Catholicism met with steady opposition. Her account of the struggle of Boston clerics and intellectuals to relate their faith to their experiences in the changing city provides a new interpretation of Boston Catholic culture.

In the 1840s Catholic influence in Boston was minimal and, therefore, accepted. The clergy, like other Bostonians, took pride in the city’s history and colonial traditions. In measuring the impact of the massive Irish-Catholic immigration of the 1850s upon this first group of priests, the author traces in part the desperate efforts of Archbishop John J. Williams to maintain Boston’s genteel traditions. The character of the clergy changed from the first generation, in which priests wrote novels and radical editorials, to a second generation, in which the influence of European Catholicism was strengthened. Immigrant priests and their Irish parishioners eventually outnumbered the Yankee Catholics, but they nevertheless failed to win genuine leadership in the diocese.

A third group of priests, emerging in the 1890s under the leadership of Cardinal William O’Connell, displaced not only two generations of clergymen, but also two ways of life: one which sought to leave a legacy of admiration for the Boston Protestant heritage, and one which never understood Boston and tried to replace its cultural ways with something Irish, European, and Jansenistic. O’Connell, who had the Progressive’s instinct for organization, imposed a kind of intellectual martial law on the clergy which discouraged, even punished, nonconformity. It is only at this point that it becomes reasonable to consider the traditional view that Boston Catholic thought is monolithic.