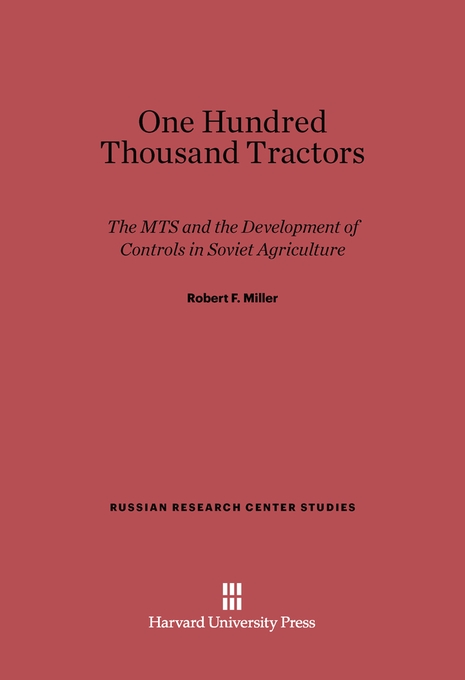 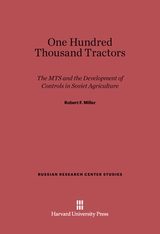 The MTS and the Development of Controls in Soviet Agriculture

For nearly thirty years, from the late 1920s to the late 1950s, the keystone of the entire Soviet collective farm system was the network of MTS (machine-tractor stations) which owned, housed, operated, and repaired heavy farm machinery for the surrounding farms. The MTS played fundamental roles in the development of the political, administrative, and ideological, as well as the economic, foundations of Soviet agriculture. Now, years after the demise of the MTS system, its influence can still be discerned in the structural and operational patterns of the agricultural organization. The story of the MTS, of considerable historical interest in its own right, offers numerous vantage points for studying the evolution of Soviet rule in the countryside. In this exhaustive work Robert Miller analyzes the history of the MTS and relates his findings to the development of Soviet administrative policies.

Using data obtained from provincial Party newspapers, official Soviet documents, fictional literature on village life, and interviews with Soviet agricultural specialists familiar with the MTS, Miller explores the combination of economic and political pressures embodied in the MTS system and traces the growth of a characteristically Soviet approach to the problems of administration. In addition to these broad questions of the interaction of the economics and politics, the author examines several specific problem areas, including the function of ideology in the Soviet domestic decision-making process, the principles and practices of Soviet public administration as applied to agriculture, and the development of patterns of Party control in the countryside.

Miller’s study of the MTS reveals the method of Soviet policy-making and policy-implementation to be highly influenced by the leadership style of such men as Stalin and Khrushchev, though practical economic considerations certainly took precedence in important cases. The author observes that ideologically correct procedure was not always felt to be sufficiently effective in times of crises. Two basic modes of administrative control thus became apparent—one for critical periods and another for relatively “normal” periods. An exceptionally thorough work, One Hundred Thousand Tractors will interest students of comparative politics and comparative public administration as well as Soviet specialists.