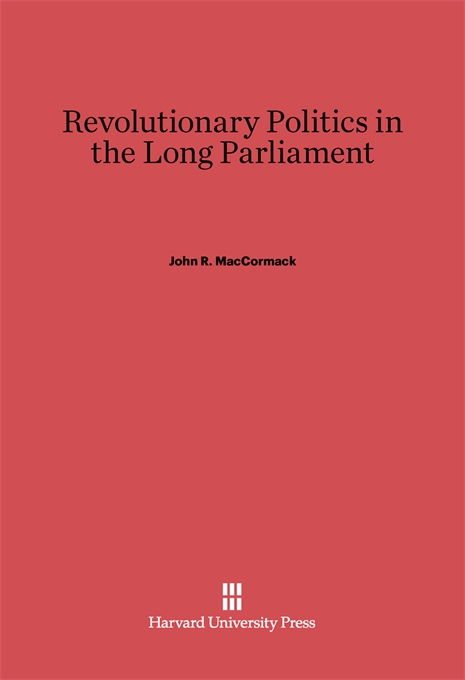 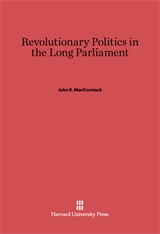 Revolutionary Politics in the Long Parliament

This volume is a systematic study of the politics of five crucial years of the Puritan Revolution, the period between John Pym’s death in December 1643 and the execution of Charles I in January 1649. John MacCormack provides a fresh and coherent interpretation of the events chronicled in the first volume of S. R. Gardiner’s monumental History of the Great Civil War, a work long known to be inadequate.

Through an exhaustive compilation of the activities of individual members, MacCormack examines the Long Parliament and the structures of its parties. He investigates the degree to which the division between parties was religious or political, the character of the leadership of the two major groups (moderates and radicals), and the transformation of the parties during the five-year period.

The author focuses on the way in which the Parliamentary radical group led by Oliver St. John, Sir Henry Vane, Jr., and Oliver Cromwell gradually retreated from their revolutionary stance of 1644 in the face of the genuine populism of the Levellers. He contends that their failure to retain the moral leadership of the revolution led to the fragmentation of parties in 1648 and to the eventual dictatorship of Oliver Cromwell.

The book includes fresh interpretations of the role of Oliver Cromwell, especially in 1647 and 1648 when he emerged as the central figure. Significant material is also presented on John Lilburne. In analyzing the transformations of the radical party, the author places Lilburne’s party, the Levellers, in the political context of the Revolution.