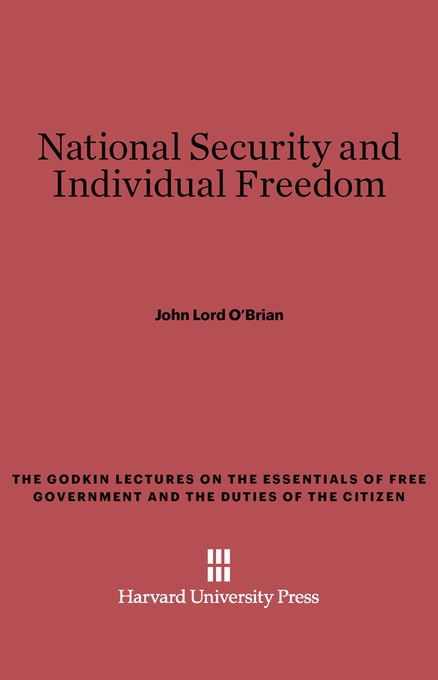 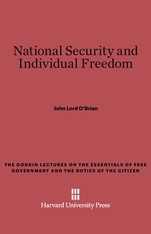 In this brilliant and important book for everyone, a distinguished public servant, lawyer, and administrator states that the “all-pervasive craving for security at any price is threatening the very existence of democracy.” John O’Brian feels that the changes in our attitude towards government and law in the last two decades are endangering our traditional liberties, particularly those guaranteed under the First Amendment.

He shows that restrictions on the beliefs of immigrants are among the first symptoms of vanishing freedom. This argument he follows with an analysis of the Smith Act, the McCarran Internal Security Act, and the government security program. These laws violate the traditional Anglo-Saxon theory of law, for they attempt to prevent anti-social behavior before it occurs, rather than punishing it when it does occur.

However, according to the author, conscience and courage on the part of America’s leaders can re-awaken a public sense of fair play and force a practical revision of our security program. Once the leaders react to this crisis the public may be expected to follow in more sensible attitudes in creating a security program worthy of our traditions. Quoting the late Justice Jackson, Mr. O’Brian concludes: “Freedom to differ is not to be limited to things that do not matter much.”