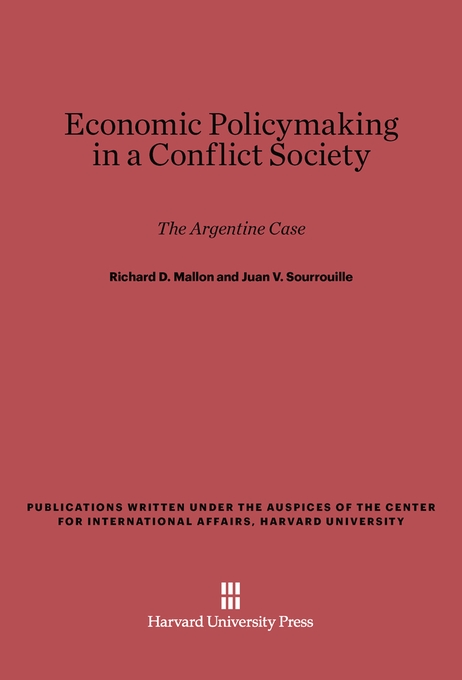 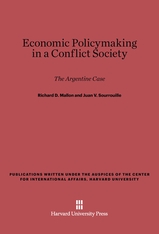 Economic Policymaking in a Conflict Society

Argentina is a fascinating and baffling case to scholars of economic development. It has rich agricultural resources, a fully monetized economy, a domestic manufacturing sector that occupies a large share of the active labor force, a relatively high level of literacy, and other attributes that resemble a European nation more than a developing country. At the same time, Argentina has found it difficult to develop the institutions of a modern nation-state and to sustain a satisfactory rate of economic growth. This book is a new and vigorous attempt to explain the Argentinian paradoxes.

The authors’ central hypothesis is that the conventional framework of economic analysis is ill-suited for policymaking in a pluralistic society; in such a society, successful macroeconomic policy management depends on support from viable political coalitions. In the absence of a repressive dictatorship, decision makers in Argentina, the authors maintain, have consistently attempted to adopt policy positions seemingly designed to tear society apart. Does this mean that no mediative policy alternatives exist which are more congenial to political pluralism? The authors present some answers to this important question by examining the Argentine balance of payments and stabilization policies. Their conclusions about macroeconomic policymaking are not only significant for Argentinian policymaking, but are also relevant for other semi-industrial societies.