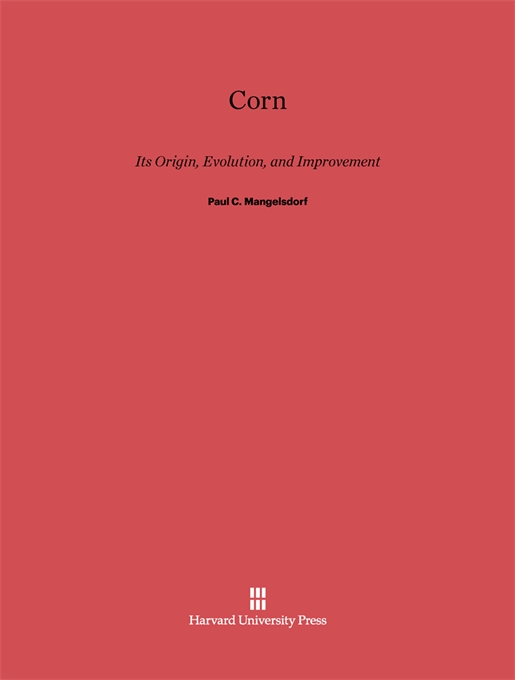 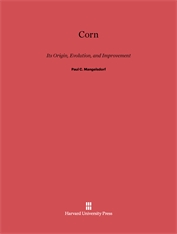 Its Origin, Evolution and Improvement

Corn is among the most familiar of grains; it is also one of the most mysterious. In this handsomely illustrated new book, Paul Mangelsdorf, perhaps the world’s foremost expert on the corn plant, summarizes the work of a lifetime devoted to unraveling the enigma of corn.

This unique grain—it has no close counterpart elsewhere in the plant kingdom—exists only in association with man, and it survives only as a result of his intervention. Thus, the story of corn is in many ways a story about people. Combining the skills of scientist and storyteller, Professor Mangelsdorf in his search for the origin of corn takes the reader to archaeological digs in once-inhabited caves in Mexico and the United States Southwest, to the discovery of fossil pollen in drill cores taken deep below Mexico City, and to experimental fields where the great diversity of corn is revealed and where the plant is hybridized with its relatives teosinte and Tripsacum.

Drawing upon the evidence from botany, genetics, cytology, archaeology, and history, the author seeks to evaluate various hypotheses on the origin of corn. He concludes that the ancestor of cultivated corn was a wild form of pod corn; that corn may have been domesticated more than once in both Mexico and South America from different geographical races of wild corn; and that hybridizations between corn and its various relatives have resulted in explosive evolution leading to a diversity of varieties and forms unmatched in any other crop plant.

This is a book about corn, but it is a book for biologists, agronomists, anthropologists, and historians, and for the interested layman who would like to know something about the grain which, “transformed, as three fourths of it is, into meat, milk, eggs, and other animal products, is our basic food plant, as it was of the people who preceded us in this hemisphere.”