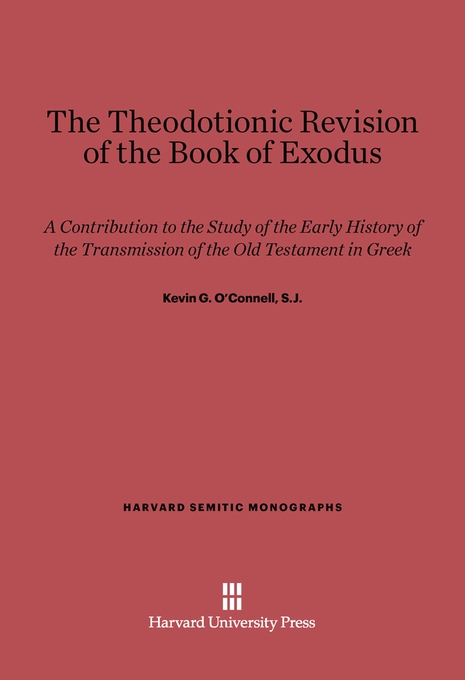 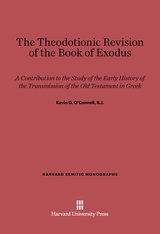 The Theodotionic Revision of the Book of Exodus

Before the Dead Sea scrolls were discovered, our knowledge of the early transmission of the Old Testament in Greek was based largely on the hypotheses of writers from the third to the fifth century. Kevin O’Connell’s study isolates, evaluates, and dates within quite narrow limits three separate strands of first- and second-century Jewish rewriting of the Greek Book of Exodus. His detailed investigations reveal that Theodotion’s version of Exodus reflects the present Masoretic text almost exactly and is itself based on a slightly revised form of the Old Greek.