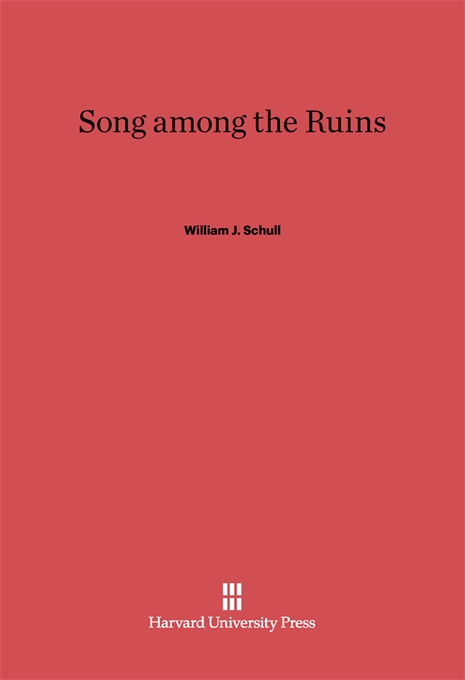 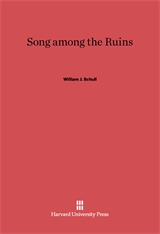 Song among the Ruins

On the morning of August 6, 1945, Little Boy dropped from the Enola Gay and exploded above Hiroshima’s Shima Hospital, killing over 100,000 people. Three days later, above Nagasaki’s Urakami Cathedral, Fat Man released an atomic force equivalent to 22 kilotons of TNT and took a similar toll of that city’s inhabitants. Four years after these tragic events, William J. Schull—a recent graduate in the growing science of human genetics and a former medic in an infantry division that had opposed the Japanese in the Pacific—set out from his home in Milwaukee to investigate, under the auspices of the newly created Atomic Bomb Casualty Commission, genetic damage among children of survivors of the atomic bomb.

The ABCC’s scientific mandate, as stated in the directive signed by President Truman, was “to undertake a long range, continuing study of the biological and medical effects of the atomic bomb on man.” Performing such a task in an impoverished country was fraught with obstacles: scarcity of housing and supplies, severe limitations on transportation, the sheer complexity of an unprecedented survey, inadequate or nonexistent clinical laboratories—and thick red tape everywhere. Yet with the help of a dedicated team composed mainly of Japanese investigators, Dr. Schull and his colleagues persisted for over four decades in assembling the single most important scientific basis we have for the estimation of the biological risks of exposure to ionizing radiation.

This book recounts the personal odyssey of this Westerner in the Orient. Through Schull’s keen eyes we observe the nation’s gravitation toward things American during the Occupation years, when General MacArthur’s influence on the Japanese seemed unbounded. Yet Schull also witnessed a rekindling of national spirit in the 1950s that has allowed Japan to surpass, in peace time, the economic accomplishments of the nation it could not defeat in war.

In this captivating document he speaks not just as an American scientist conducting an objective study of a vanquished nation, but as a person who formed a close bond with the Japanese as they set about the awesome task of reconstructing their culture. This volume is for lay readers and scholars alike.