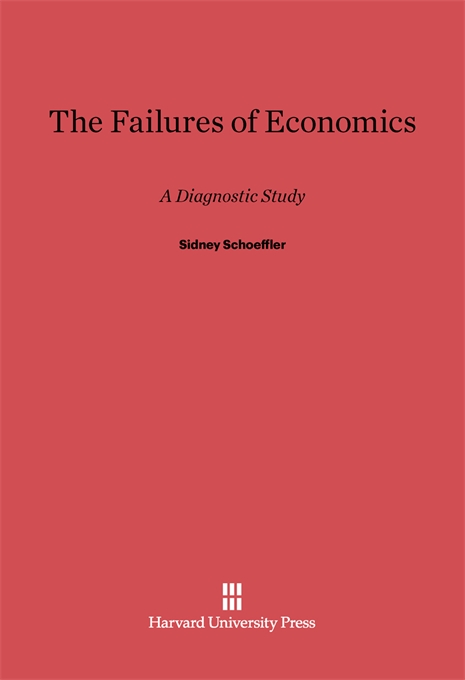 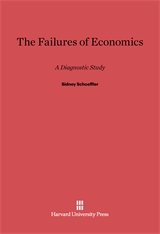 The Failures of Economics

This is a controversial book in a field where controversies may vitally affect the welfare of all citizens. Although it is well realized that economics is not an autonomous, self-sufficient discipline except by sheer custom, Sidney Schoeffler believes that far too many economists, and among them most of the leaders of the profession, have reasoned from bases which would assume that the theory of economics was subject to more rigorous reasoning than is possible.

Much work is currently being carried on by economists, logicians, mathematicians, statisticians, and philosophers that promises important methodological advances in the near future. However, the author warns, the methodology of economics still needs intense study before relatively safe predictions on the business cycle and the future of industry can be made. Factors which must be better understood before economics can stand as a strict discipline include: the complexity of the economic world; the impossibility of experimentation in economics; the free will of human beings; the general indeterminacy of the universe; the self-defeating nature of social forecasts; the difficulty of an open-minded, neutral, scientific approach.