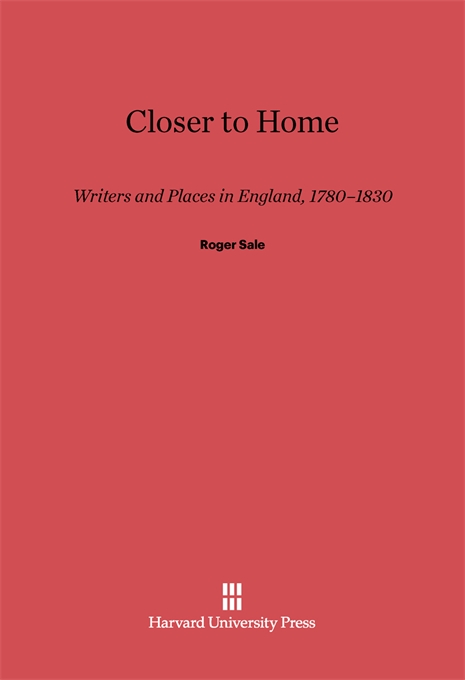 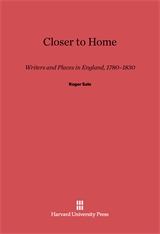 Roger Sale invites us to look afresh at five English authors: Jane Austen, Wordsworth, and—famous in their time but half forgotten today—George Crabbe, William Cobbett, and John Clare. The five differ greatly in style, tone, temper, subject, and genre. What they have in common is the importance they attach to place: not the generalized places of Renaissance literature, nor the pictorially composed scenery of the landscape poets, but specific localities that have a profound effect on their own lives or those of their characters.

Sale is a perceptive critic, with the gift of empathy. We are caught up in his account of Crabbe’s Peter Grimes, condemned to his ghastly mudflats and marshes, projecting onto the river the emblems of his guilt. So too with Clare’s evocations of his beloved countryside as it once had been but was no more, and Cobbett’s shrewd perceptions of rural life; with Wordsworth’s creation of two distinct Lake Districts, the one of his maturity and the one of his haunted childhood; with Austen’s heroines achieving freedom by accepting the challenge of living in their confined space.

The distinctive qualities of each of these writers and their places are conveyed with imaginative sympathy. To read these chapters is to come to know, or know better, five writers worth knowing. And to go with Sale to Crabbe’s Aldeburgh, Austen’s Mansfield and Highbury, Cobbett’s rural routes, Clare’s Helpston, and Wordsworth’s Lakes region is to experience these special places as well. It is a rewarding excursion.