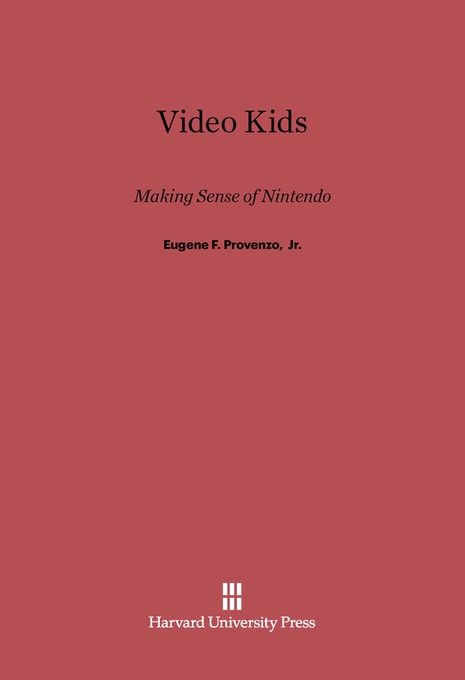 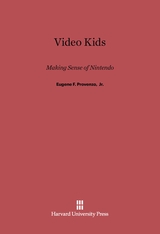 In video arcades and family rooms across America, children wielding joysticks cluster around display screens for hours playing video games. Like computers, video games are now an integral part of the educational, social, and cultural experience of childhood, and in this new book Eugene Provenzo explores the meaning of this phenomenon. Because of its overwhelming domination of the video game industry, Provenzo focuses specifically on the Japanese Nintendo Corporation.

Although it is widely acknowledged that computers are radically redefining patterns of communication—as well as the organization, structure, and preservation of knowledge—relatively little serious attention has been paid to the specific role of video games within American culture. Yet this form of computer game system is rapidly becoming the predominant medium linking the culture of childhood and the culture of simulation, a medium significantly different from television and film, since it allows the player to advance from passive spectator to active participant in the rule-driven world of the video game. In reviewing the limited literature on the subject, Provenzo reveals a professional consensus that downplays the negative effects of video games by dismissing many studies as inconclusive or inadequately designed to assess long-term effects. The author challenges these assumptions, arguing that from a social and cultural point of view, video game technology is neither neutral nor trivial—video games reflect and pass on the particular values mainstream culture. Through content analysis of a variety of games, Provenzo elaborates recurring themes of gender stereotyping, aggression, and violence.

Video Kids raises significant questions about the role of video games and their impact on the lives and values of young people. It delivers a mandate to researchers who are investigating ways in which video games can be used in the classroom. To ensure a creative educational environment for all young learners, video games must be freed of the violent and sexist messages that currently pervade the medium.