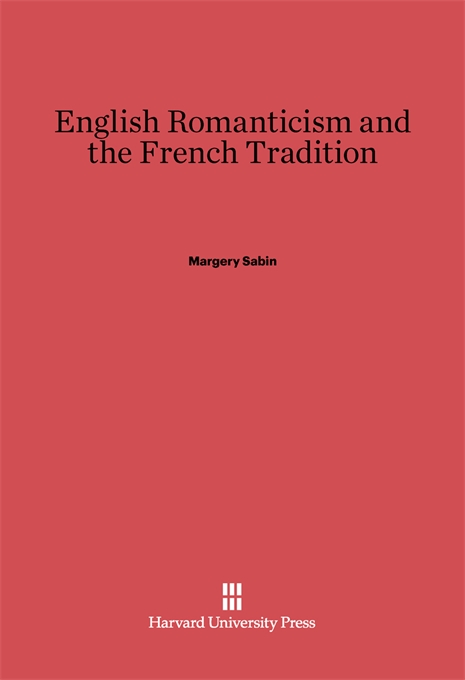 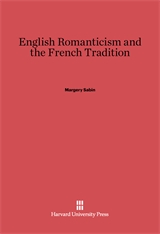 English Romanticism and the French Tradition

There are separate languages to be understood in the writings of French and English Romantics, Margery Sabin tells us. Instead of minimizing the importance of national characteristics, as comparatistes frequently do, she demonstrates that national traditions of thought and language have a determining influence throughout the Romantic period. In tracking the differing courses pursued by the best French and English writers of the period, she shows that the idea of the transcendental imagination never took hold among the French-Romantics; that Wordsworth’s ideal of the marriage between mind and nature did not inform the vision of the French, who were preoccupied with the isolated human spirit thrown back on its own resources of conscience or faith.

A detailed and far-ranging comparison of Rousseau’s Confessions and Wordsworth’s Prelude establishes her provocative argument. The idea gains force from the wealth of examples that follow. Sabin examines Wordsworth, Coleridge, and George Eliot as representative of varieties of English Romanticism in the genres of lyric poetry, critical theory, and the novel. Contrasts between these writers and Hugo, Baudelaire, and Flaubert offer new and more precise ways of understanding both Romanticism and later departures from it. Her sensitive readings of Pascal, La Rochefoucauld, Addison, Samuel Johnson, Gerard Manley Hopkins, Thomas Hardy, Yeats, T. S. Eliot, and others yield further evidence. This fresh critical perspective will generate further thought about major writers and about national differences in literature.