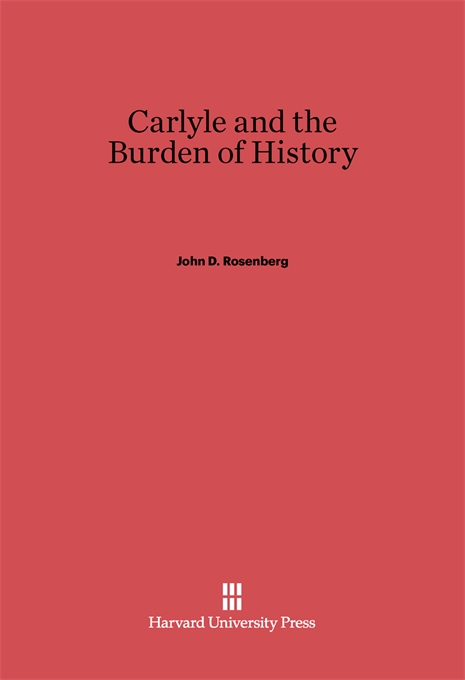 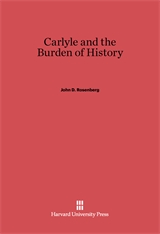 Carlyle and the Burden of History

The first full-scale revaluation in nearly twenty years, this eloquent book highlights Carlyle’s histories as the central expression of his genius. History, as Carlyle understood it, is poetry, prophecy, biography, and social criticism all in one. In the writing of history he found his vocation. The story opens with Carlyle’s self-creation, during his years in the wilderness of Craigenputtoch, as a prophecy and exegete of the “scripture” of history. Carlyle conceived of his histories as modern prose epics; in The French Revolution, a seminal work in the development of nineteenth-century narrative, Carlyle came closest to realizing this ambition.

John Rosenberg’s reading of Carlyle’s masterpiece recaptures for the modern reader the excitement and power it exerted on the imaginations of writers as diverse as Mill and Emerson, Dickens and George Eliot, Thackeray and Whitman. The concluding chapters address the later, more problematic writings in which Carlyle’s vision narrows and his compassion stiffens into contempt. His indictment of the brutality of laissez-faire capitalism in Past and Present inspired Dickens, Ruskin, and Engels; yet he supported slavery in the American South, and in our own century his Frederick the Great solaced Hitler during the final hours in the Berlin bunker.

Past and Present is Carlyle’s last great work and the first in which he loses his way. His confidence in his ability to read the design of history falters, and as the past grows unintelligible, the present becomes intolerable. He retreats within himself, and the signs of that long withdrawal are evident in the fitful brilliance of Cromwell and Frederick the Great, his final meditations on history.