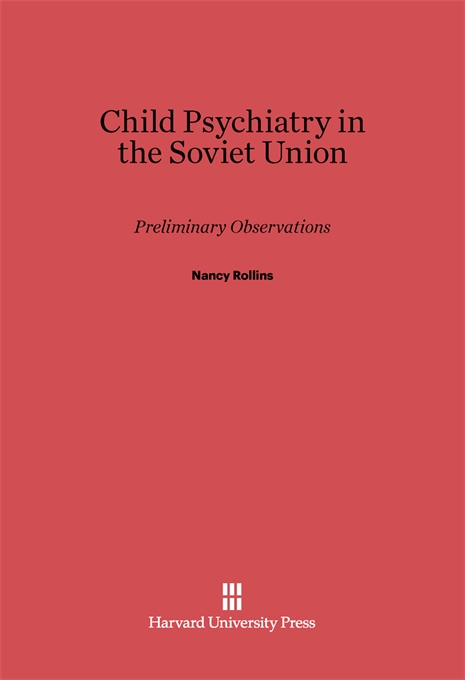 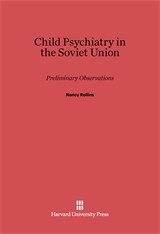 Child Psychiatry in the Soviet Union

In the first extensive American study of child psychiatry in the Soviet Union, Dr. Nancy Rollins explains that her aim is two-fold: to expand knowledge of the theory, diagnosis, and treatment of psychiatric disorders of children and adolescents and to stimulate a professional dialogue. Her attainment of this goal is clearly evidenced here by means of her astute assessment of the findings of her four-month visit to Russia as an individual investigator on the Medical Cultural Exchange program. The author’s basic concern about the relationship between a society’s child-rearing practices, character formation, and psychiatric disorder propelled her to ponder such questions as: Is there a describable difference between the Soviet conscience and the American conscience, as it develops during the years of childhood and adolescence? What about the problems of sexual identity in the two societies? Identity crises? Why have Soviet psychiatrists and educators remained so consistently anti-Freudian?

In addressing herself to the various questions that intrigued her, Dr. Rollins first considers the history of Soviet psychiatric thought, with the major influences shaping the direction of Soviet child psychiatry and the social perspective with personal impressions of Soviet culture and society. Ensuing chapters, based upon first-hand observations and case material, take a close look at such topics as the organization of psychiatric services, diagnosis, general treatment methods, special psychotherapy, research, and psychiatric training programs. The author’s reactions to the people she encountered in children’s psychoneurological hospitals, polyclinics, sanatoria, and research institutions contributes a lively dimension to this impressive work.

The study points out some differences between Soviet and American treatment methods; for example, Soviet treatment aims at inducing peace and relaxation in the patient, whereas American methods encourage exposure to and mastery of conflicts and tolerance of anxiety. Dr. Rollins also offers suggestions for further study and reflects on the relation of psychiatry and culture in the two countries.