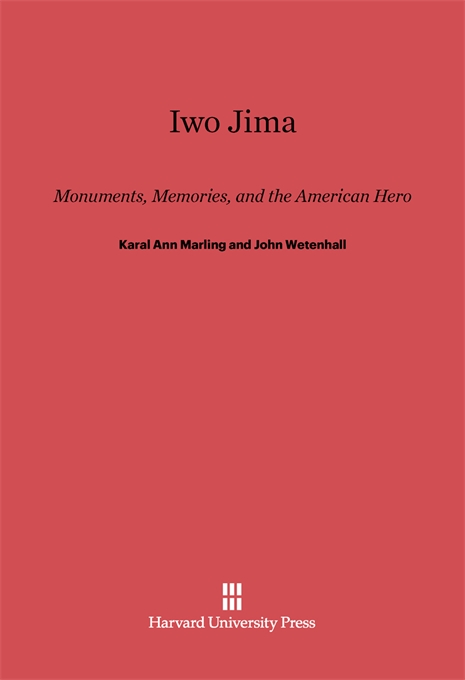 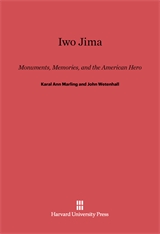 Monuments, Memories, and the American Hero

“It is one of the virtues of this riveting book, co-written by a university professor and a museum curator, that it embraces rather than evades the multiple ironies, paradoxes and contradictions that cluster around a single snapshot of five Marines and a Navy corpsman raising a flag on a newly captured Japanese island near the ragged end of World War II. For, not surprisingly, the story of the flag-raising on Iwo Jima turns out to be the quintessentially American tale, underlining the virtues we prize and those we ignore, the competing lures of reality and illusion, and what happens when ghastly war and genuine heroism come face to face with a ravenous publicity machine and a country’s need for simple answers to painfully complex questions of national purpose and personal sacrifice. It is not a pretty picture… [Marling and Wetenhall have] told this cautionary tale with remarkable even-handedness and intelligence. The story they tell is not only fascinating, it points to a chilling moral about the continued necessity to be vigilant when governments prefer symbolism to truth.”—Kenneth Turan, The Los Angeles Times Book Review

“There is a certain resonance in Iwo Jima.”—Richard Severo, The New York Times

“This is popular culture at its best, thoroughly enjoyable to read right down to the discussion of the statue’s use in political cartoons and the final chapter on the 40th reconciliation reunion with the Japanese.”—Library Journal

“This gripping book has much to say about war symbolism in popular culture, overwrought patriotism and military valor.”—Publishers Weekly