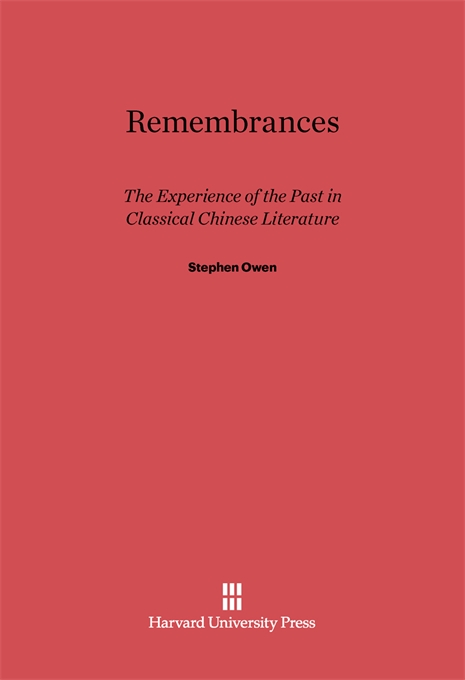 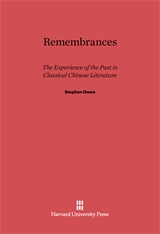 The Experience of Past in Classical Chinese Literature

Stephen Owen’s book, inspired by Chinese literature, is for all who value literature in any language. Remembrances takes up the strongest claims we can make for literature: that it can sustain life in the present and the life of the past. The past has always played a particularly powerful role in Chinese civilization. Both private memories and cultural artifacts were an inescapable part of the present, offering models for present behavior and recalling what had been lost.

Owen shows how the fascination with the past came into being in Chinese literature, some of the forms it took, and the ways readers have responded to such literature. He reflects on a series of moments in Chinese writing from the seventh century B.C. to the early nineteenth century. Through poems, anecdotes, exegeses, and one long story of an ardent collector and his wife, Owen treats a theme basic to Chinese civilization not as something exotic but as a motif fundamental to our civilization, even though its expression differs from our own.