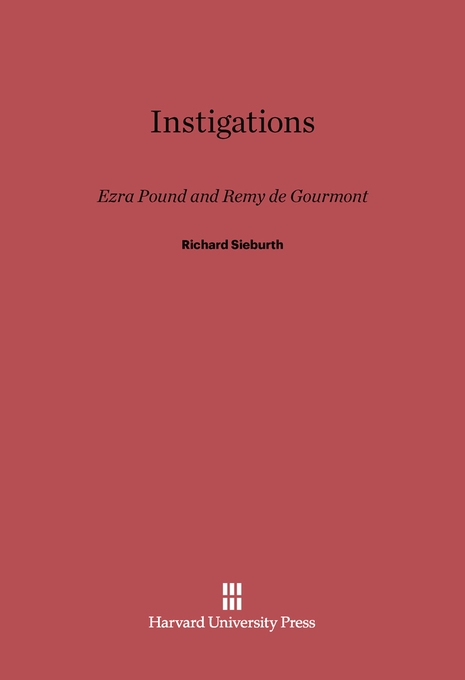 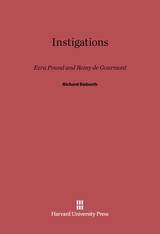 At the beginning of this century, Remy de Gourmont was the embodiment of the literary avant-garde, not only for urbane European writers but for “American imbeciles,” in Ezra Pound’s term. As this book shows, Pound himself was one of the many young artists who learned from him. Gourmont was a brilliant teacher, and the breadth of his imagination and the scope of his interests had a special impact on Pound, whose “provincial” mind was moving in the same ways but without the so-called civilized places to go.

Instead of elaborately tracing influences or sources, Richard Sieburth juxtaposes various aspects of Gourmont’s and Pound’s works in order to arrive at a better understanding of their individual achievements as “instigators.” In doing so, he reveals unexplored dimensions of Pound’s development—from his early reading of vers fibre to his discovery, through Gourmont, of the French Enlightenment. Pound emerges as a modern-day philosophe, and Sieburth’s reevaluation casts new light on Pound’s complex political ideas and on difficult areas of the late Cantos.