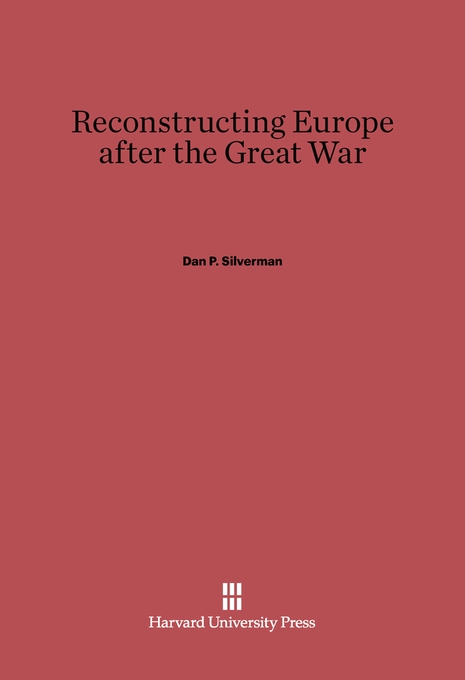 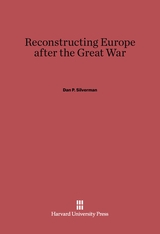 Reconstructing Europe after the Great War

This is the story of how the economists, bankers, and politicians of Britain, France, and the United States approached the financial crisis of 1918–1923 after the most devastating of wars. It captures the emotional demands for rapid recovery and reconstruction of Europe as well as the machinations of countries already jousting for economic advantage in peace. It’s also a timely book because the West today faces similar problems with little more in the way of theory or tools for repair than after World War I, and with an evident loss of historical memory.

Dan Silverman places the reparations issue in proper perspective as only one of many complex problems. He demonstrates that the war produced a crisis in financial and monetary theory as well as in fact. Theory proved inadequate to the requirements of balancing budgets, liquidating massive debts, halting inflation, and stabilizing foreign exchange. In fact, the English and Americans imposed their economic orthodoxy on their less fortunate French ally and their former German adversary.

One of the more remarkable results of Silverman’s research is the reversal of the old view that France responded to its allies’ economic demands with intransigence, ignorance, and incompetence. Instead, Silverman depicts France as legitimately pursuing its own national self-interest, fighting Anglo-American hegemony, and defending itself as a debtor nation against the creditors who were its “allies.”