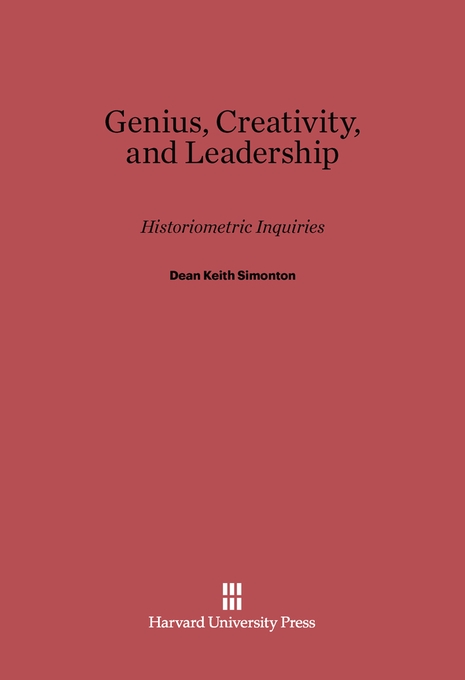 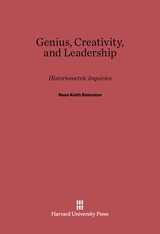 Dean Keith Simonton examines uncommon people: those creators and leaders whose impact on their own and later times has been so great that they deserve the label “genius.” A simultaneous look at creativity and leadership is itself uncommon, and the comparison shows that when creators and leaders act at genius levels they have many similarities. What is it that causes them to stand out above others? Is it family background, education, intelligence, the nature of the times in which they live? Is there a peak age for creativity?

Simonton believes that if we subject the lives of the eminent to scientific analysis we may be able to discover general laws of history and social behavior. To do this he defines a discipline called historiometrics. He begins with an explanation of the method: choosing a unit of analysis, be it individual philosophers, historic land battles, or classical melodies; defining and calculating the crucial variables; and teasing out with advanced statistical analysis the most probable causal connections in the data.

Yet the emphasis of the book is not on the technical details, but rather on the substantive findings. Are politicians likely to be older or middle children? Do scientists “peak” in creativity earlier than artists or scholars in other fields? Do most renowned thinkers reflect the ideas of their own time or of the past? Integrating more than a century of research by psychologists, sociologists, anthropologists, political scientists, and historians, Simonton focuses on such topics as family background and intergenerational influences, personality, productivity, aesthetics, charisma, Zeitgeist, and political violence. His intriguing conclusions will interest anyone who is curious about how genius emerges from the flow of history.