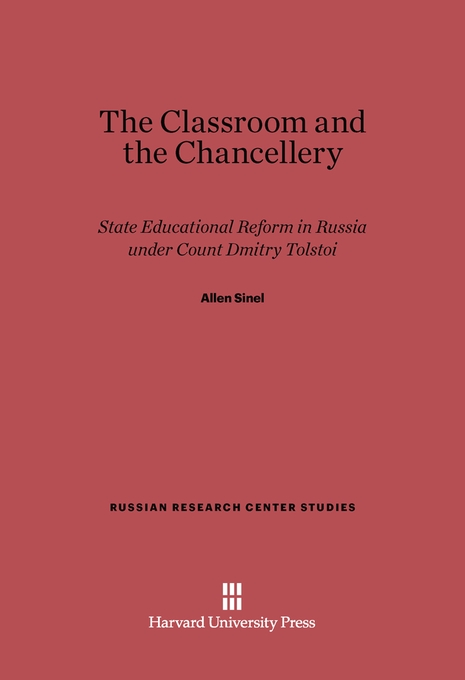 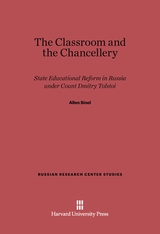 The Classroom and the Chancellery

The specific challenge that confronted Count Dmitry Tolstoi as Minister of Education was to raise the educational level of the Russian people without giving them the intellectual weapons with which to threaten the autocracy. The efforts of Tolstoi’s ministry to resolve this dilemma resulted in comprehensive reforms which shaped the Russian school system until early in the twentieth century.

It is interesting therefore that, until now, there has been no complete analysis of all aspects of Tolstoi’s ministry. Allen Sinel’s study fills that gap.

Beginning with the historical, political, biographical, and administrative contexts for Tolstoi’s reforms, Sinel then provides a detailed examination of Tolstoi’s transformation of Russian education at all levels, particularly the secondary level, which was the cornerstone of his program.

The ministry’s greatest achievement in improving the school system was increasing the number of schools and supplying trained teachers to staff them. Less successful were Tolstoi’s efforts to minimize the political consciousness of the students. Tolstoi’s methods were short-sighted and negative, helping to create the very elements of alienation and antagonism that might destroy the existing regime he wanted so much to protect and preserve.

Sinel’s analysis of Tolstoi’s program, the most durable of the tsarist period, provides a much-needed survey of the Russian educational system at a crucial time in Russian history. In addition, the study contributes to a more balanced assessment of one of tsardom’s most important bureaucrats.