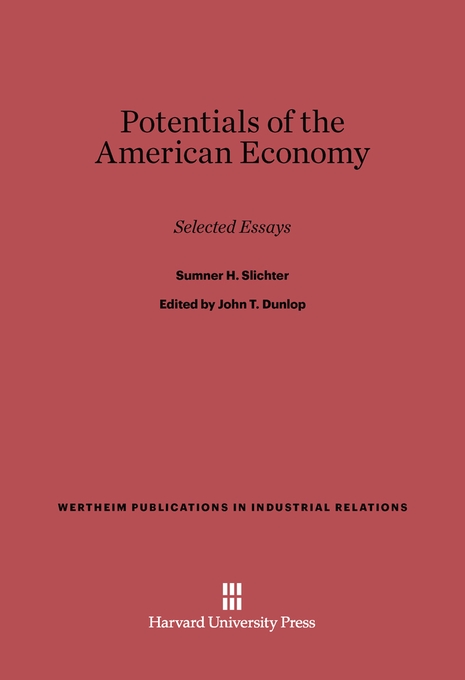 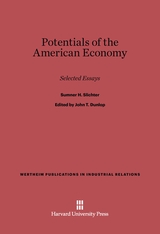 Potentials of the American Economy

Sumner Slichter’s widely recognized contributions to economic thought are representatively displayed in this volume. Each essay in the book is selected for its share in the wide range of his intellectual interests and for its lasting significance.

Twenty-eight essays have been arranged in four groups: American Economy, showing Slichter’s analysis of the future of the American economy and the role of research and technology in shaping its destiny; Economic Fluctuations, reflecting his theories of unemployment, inflation, stability, and growth; Labor Management Relations, presenting his analysis of industrial relations and public policy; and Labor Economics, dealing with wages and the more technical consequences of collective bargaining for the American economy. John Dunlop’s Introduction provides a background for the essays, describing the impressive growth of Slichter’s ideas and demonstrating the importance of his work among economists and sociologists over the past forty years.