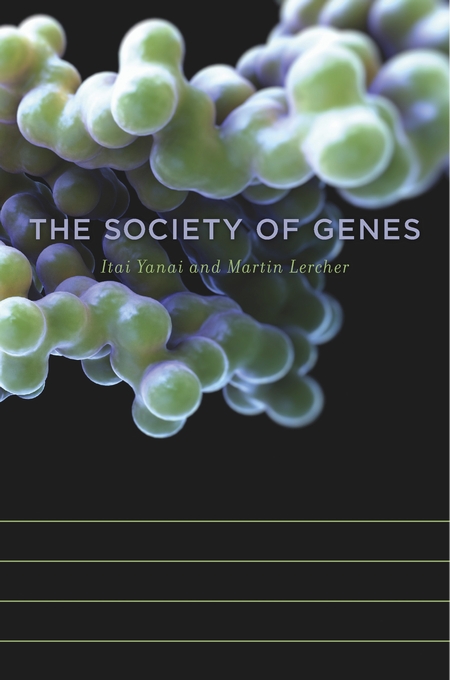 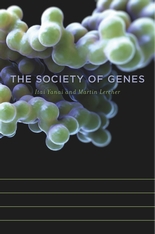 The Society of Genes

“Yanai and Lercher invite the reader to step back and observe how genes assemble together to make a global genetic system, or genome… [It] largely succeeds in translating the findings of an esoteric science into something that is easily understood… The Society of Genes represents a timely and welcome handbook for navigating this postgenomic era.”—Joseph Swift, Science

“Using findings from the molecular revolution that only really got going in the 1980s, the authors build up a picture of networks of genes forming guilds in order to preserve their DNA dynasties… [This] lively text contain[s] a panorama of examples illustrating how genes do better by combining forces in networks.”—Charalambos P. Kyriacou, Times Higher Education

“Yanai and Lercher use the idea of a society of genes as a vantage point from which to reintroduce the entire field of evolutionary genetics… Even experienced readers are likely to encounter perspectives that are unexpected enough to make the book worth their effort… Readers meeting biology for the first time will be well served by this richer, more nuanced, way of viewing genetics, while those with a deeper background will find plenty of interest, notably in the vivid clarity of the explanations.”—Bob Holmes, New Scientist

“If you’re looking for a ‘what’s hot in genetics in 2016,’ this book wouldn’t be a bad place to start. It covers a huge number of topics—from the basics of genetics to genome editing, antimicrobial resistance and the functions of junk DNA… We need books like this.”—Simon Hazelwood-Smith, BioNews

“The writing is engaging and clear, providing ample introductory material to ensure that the interested lay reader will be swept along by both the science and the evolutionary story…For the general reader, Yanai and Lercher’s discussions of cancer, immunology, sexual reproduction, and population genetics are well worth exploring.”—Publishers Weekly

“Written by two of the smartest young thinkers in their fields, The Society of Genes is an absorbing, thought-provoking exploration of the intersection of genetics, evolutionary biology, and society.”—Eric Lander, Professor of Biology at MIT and founding director of the Broad Institute of MIT and Harvard

“The Society of Genes is punchy, provocative, and timely and a must-read for us all.”—Michael Levitt, Professor of Structural Biology at Stanford University and Recipient of the 2013 Nobel Prize in Chemistry