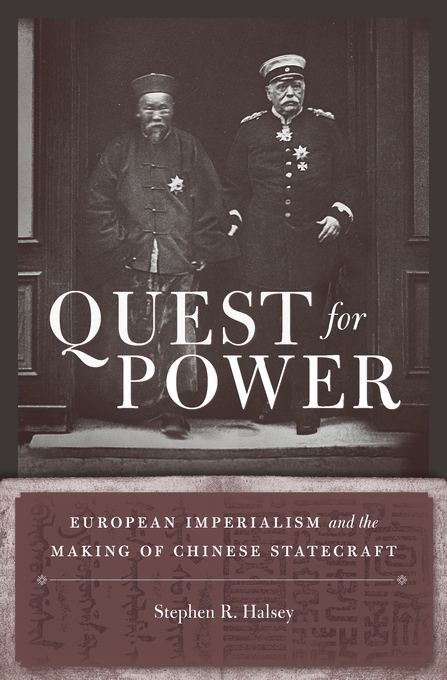 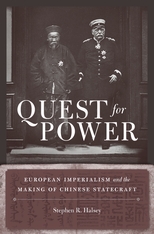 European Imperialism and the Making of Chinese Statecraft

China’s history in the nineteenth and early twentieth centuries has often been framed as a long coda of imperial decline, played out during its last dynasty, the Qing. Quest for Power presents a sweeping reappraisal of this narrative. Stephen Halsey traces the origins of China’s great-power status in the twentieth century to this era of supposed decadence and decay. Threats from European and Japanese imperialism and the growing prospect of war triggered China’s most innovative state-building efforts since the Qing dynasty’s founding in the mid-1600s.

Through a combination of imitation and experimentation, a new form of political organization took root in China between 1850 and 1949 that shared features with modern European governments. Like them, China created a military-fiscal state to ensure security in a hostile international arena. The Qing Empire extended its administrative reach by expanding the bureaucracy and creating a modern police force. It poured funds into the military, commissioning ironclad warships, reorganizing the army, and promoting the development of an armaments industry. State-built telegraph and steamship networks transformed China’s communication and transportation infrastructure. Increasingly, Qing officials described their reformist policies through a new vocabulary of sovereignty—a Western concept that has been a cornerstone of Chinese statecraft ever since. As Halsey shows, the success of the Chinese military-fiscal state after 1850 enabled China to avoid wholesale colonization at the hands of Europe and Japan and laid the foundation for its emergence as a global power in the twentieth century.